Boeing now recommends that 737 Max pilots receive simulator training before the troubled aircraft is returned to service. Advanced Training System’s John Kearney applauds this move, noting that what is needed in the sky is just as needed on the highway. 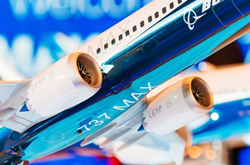 The Boeing Company, in an apparent change of heart, is now recommending that pilots undergo simulator training before they resume flying the troubled 737 Max, which was grounded worldwide after a control software defect apparently caused two crashes that killed a total of 346 people.(1) John Kearney, CEO of Advanced Training Systems, says, “Boeing, which was originally resistant to simulator training for these pilots, is to be commended for recognizing the crucial importance of virtual-reality simulator training for situations in which mistakes can be fatal.” Kearney, whose company is a leading designer and manufacturer of virtual simulators for driver training, among other applications, adds that simulator training is increasingly recognized—and adopted—as an essential training methodology.

According to a new study from MarketsandMarkets, the worldwide simulation market is projected to grow at a combined annual growth rate of 4.4%, reaching $27.9 billion by 2025. The study covers simulator training and technology for civil and military aviation, driving, maritime vessel control, and other potentially dangerous environments. (2)

According to the 70-20-10 model of learning and development, which was developed in the 1980s by the Center for Creative Leadership and has been adopted by countless organizations since, trainees developing a skill learn 10% of what they need to know from classroom teaching, 20% from interaction with others, and 70% from direct experience.(3) Recent studies demonstrate that in high-consequence industries, where mistakes can be fatal, simulation makes it possible to expose trainees to virtually any situation imaginable, without risk to themselves, to others, or to their surroundings.(4)

Trucking, Kearney notes, is a high-consequence industry. In 2017, the last year for which statistics are available, 4,761 people were killed in the United States in crashes involving large trucks, a 9.0% increase from the year before. Of these fatalities, 18% were occupants of large trucks, 10% were nonoccupants (pedestrians, bicyclists, etc.), and 72% were occupants of other vehicles. (5)

Like the pilots who will eventually be in charge of the 737 Max when it returns to service, big-rig truck drivers hold the lives of others in their hands. Also, like airline pilots—and ship’s captains, and refinery and power plant operators, and workers in other high-consequence industries—truck drivers need to learn how to deal with the unexpected before it happens.

Simulation is the only safe way to do that, and, says Kearney, should be a required part of commercial driver’s license training. “We can’t have someone run out in front of an actual truck and force the driver to slam on his brakes,” he says, “but we can in VR; we can’t have a trainee hit a patch of ice and go into a skid in an actual truck, but we can in VR. For the good of the drivers, the industry, and the public, it needs to be a part of every trucker’s training.”

About Advanced Training Systems
Advanced Training Systems (ATS) is a high-tech simulator technology and engineering firm that has revolutionized the design and manufacture of advanced training systems to improve training and create safer drivers. ATS, the holder of multiple patents in high-tech training using simulation, has as its mission to provide this cutting-edge adaptive training to all involved in the transportation industry at an affordable cost, resulting in safer drivers/ operators. For more information, visit http://www.atstrainingsystems.com.