Import restrictions and local officialdom can hinder ecommerce merchants’ access to the booming Latin American market. SkyPostal’s A.J. Hernandez points out some of the region’s quirks and suggests ways to manage them. 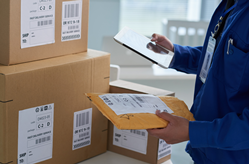 Latin America sprawls over more than six thousand miles north to south and contains 33 countries; it is in many ways one of the most complex ecommerce markets in the world.

It’s possible to market [in Latin America] the way you would anywhere else. You just have to know how.

Local laws and regulations, such as a rumored ban on importing cosmetics into Mexico, can interfere with ecommerce merchants’ efforts to expand into the rapidly growing Latin American market—or at least appear to. “Latin America is the fastest-growing regional ecommerce market in the world,” says A.J. Hernandez, president and CEO of international business-to-consumer shipping firm SkyPostal, Inc. “It’s possible to market there the way you would anywhere else. You just have to know how.”

As an example of the need to know how, Hernandez cites the supposed prohibition on importing cosmetics into Mexico. It arose, he explains, because Customs at Mexico City’s Benito Juárez International Airport (MEX), the primary air freight gateway into the country, decided to change procedures for cosmetics importation. Instead of applying the previously used simplified carrier clearance, MEX now requires a much more laborious and costly customs entry procedure. “Nobody wants to pay for that for cosmetics,” says Hernandez. “It’s not worth it.”

However, Hernandez points out, this did not reflect an actual change in Mexican law; it reflected an arbitrary decision by one head customs official at one airport. The simplified courier clearance procedure still exists and is applied to cosmetics importation at Quetzalcoatl International Airport in Nuevo Laredo. “Once it’s cleared,” says Hernandez, “they can transport it down to Mexico City and distribute it however they want.” He adds that his company provides this service to merchants who have been denied it by big global shipping companies on the grounds of its excess complexity.

And complexity, Hernandez notes, is an inescapable part of doing business in Latin America. To ship into Chile, Peru, or Brazil, for example, it is necessary to provide the recipient’s tax ID. To ship into Brazil—and, he adds, increasingly to other countries as well—it is also necessary to provide a World Customs Organization Harmonized System (HS) code for the merchandise being shipped.

To help shippers comply with this requirement, SkyPostal has developed an artificial-intelligence-driven database that provides an HS code based on the seller’s description of an item. At the same time, for countries that require it, the database can generate a recipient’s tax ID.

What this amounts to, says Hernandez, is a relationship in which the shipper serves not only as a delivery service but as a kind of international go-between. Recently, for example, his company has become a licensed importer of CBD-based products into Brazil, enabling its clients in the health products industry to market there.

Latin America sprawls over more than six thousand miles north to south and contains 33 countries; it is in many ways one of the most complex ecommerce markets in the world. However, Hernandez emphasizes, this complexity should not be reflected in either bad delivery service or unreasonable shipping prices.

“To navigate Latin America,” Hernandez says, “you need a guide through the region. You need somebody who knows what they’re doing and understands what you’re trying to do as well. That shouldn’t be hard to find, and it shouldn’t be unreasonably expensive.”

About SkyPostal:
SkyPostal was created in 2001 to meet the need for improved and efficient cross-border mail and parcel service from the United States and Europe to all countries in Latin America, the Caribbean, and Mexico. It is now the largest private mail and delivery network in Latin America, serving European postal administrations, major publishers, the world’s largest ecommerce retailers, international shippers, and financial institutions that require reliable and secure delivery of their mail and parcels. For more information, please see http://www.skypostal.com.