The Dead Sea Scrolls: Life in Ancient Times Exhibit is a Boston event that provides a rare look at some of Israel’s most important ancient artifacts. Boston hotels like The Boston Park Plaza Hotel have special offers to welcome visitors - View details or Check rates. 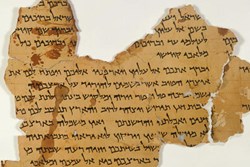 In 1947 a goat herder stumbled upon one of the greatest archaeological finds in history. More than 970 scrolls dating from 2,000 years ago were found. Visitors to the traveling exhibit The Dead Sea Scrolls: Life in Ancient Times can see fragments of these scrolls as well as other important ancient artifacts.

Since being discovered more than 65 years ago, the scrolls have only come to the United States a few times. The current traveling exhibit will visit only 5 U.S. cities, and Boston is the 2nd to last stop. The final stop of the tour will be in Utah, so the Boston event is the last chance to see the Dead Sea Scrolls and other artifacts on the east coast. Hosted by The Museum of Science, the exhibit allows a close up look at artifacts that most people will never have the chance to see.

See actual fragments of the 2,000 year old Dead Sea Scrolls as well as other ancient artifacts including an ancient signature with seal and a 3-ton stone from Jerusalem’s Western Wall. Visitors will learn about daily life in ancient Israel as they explore the exhibit. The exhibit is the largest collection of artifacts from Judah and ancient Israel ever to travel outside of Israel, and more than 600 items are on display. One of the highlights is the oldest copy of Old Testament text in existence.

This is a rare opportunity to see some of Israel’s most valuable ancient treasures. Tickets can be reserved by visiting the Museum of Science website.

About Boston Park Plaza Hotel - A Boston Hotel:
Boston Park Plaza Hotel & Towers is part of the rich history that defines Boston as one of the most beautiful cities in America and a top travel destination. This historic Boston hotel is located in Back Bay, one of the most beautiful areas of the city – just yards from Boston Common, America’s oldest public park.