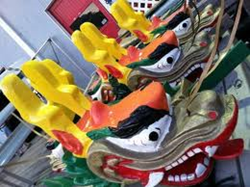 Boston Hotels like The Boston Park Plaza Hotel welcome guests who come for the Dragon Boat Festival and other top Boston Events in June.

The Boston Park Plaza Hotel is one of the Boston Hotels that welcomes guests to the city for these and other top Events.

Dragon Boat Festival
When: June 14 through June 15, 2014
Where: Charles River
Attendees line the Charles River to see the colorful boats race and to enjoy Asian food, arts & crafts, cultural performances and much more. This popular Boston Event has something for the whole family to enjoy.

Boston Pride Parade
When: June 14, 2014
Where: Copley Square Boston, MA 02116
This popular Boston Event encourages embracing all people and promotes equal rights. Attendees also celebrate how much progress has been made in eliminating discrimination.

ACE Conference & Exhibition
When: June 8 through June 12, 2014
Where:
The American Waterworks Association Annual Conference & Expo is one of the largest conferences of its kind, and it brings together industry professionals from around the country for 5 days of workshops, education and networking Events.

About The Boston Park Plaza Hotel - A Boston Hotel:
The Boston Park Plaza Hotel is part of the rich history that defines Boston as one of the most beautiful cities in America and a top travel destination. This historic Boston Hotel is located in Back Bay, one of the most beautiful areas of the city – just yards from Boston Common, America’s oldest public park.