Open-source software platform designed for proving how AGI, the next phase of AI, will emerge. 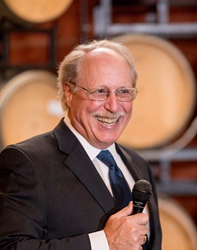 These new features, coupled with continued experimentation into varied AI algorithms, are eliminating the limitations of computer power and accelerating the evolution of AI into AGI, with true AGI expected by the end of this decade.

The point of the Brain Simulator II is to understand that we don’t know precisely how to create AGI, that human intelligence is the best AGI model we have, and that today’s narrow AI approaches cannot gradually expand to AGI. To that end, the Brain Simulator creates a biologically plausible spiking neural platform and experimental research toolkit for trying out alternative approaches to today’s AI.

Brain Simulator II creates an end-to-end AGI system with modules for vision, hearing, robotic control, learning, internal modeling, planning, imagination, and forethought – in short, the ability to understand, learn, and respond to any intellectual task a human can perform. Today, the system functions with a small number of objects and words, but these basics will be expanded in the future to provide a more general solution.

Features in the new version of Brain Simulator II include:

“These new features, coupled with continued experimentation into varied AI algorithms, are eliminating the limitations of computer power and accelerating the evolution of Artificial Intelligence into AGI, with true AGI expected by the end of this decade,” Simon explains.

By advancing new algorithms to simulate biological neuron circuits coupled with high-level AI techniques, Brain Simulator II already is able to implement an artificial entity known as “Sallie” who can move about, see, touch, and smell objects, and learn to understand speech within a simulated environment

According to Simon, current examples of AI, such as ALEXA and SIRI, fall short in the area of reasoning about time and space – things any three-year-old can do. Sallie, on the other hand, furthers existing technologies by recognizing objects with binocular vision, associating them with words she hears, planning a sequence of actions, and manipulating objects to achieve a goal.

As Sallie advances to understanding her world using information captured with biologically plausible techniques in a Universal Knowledge Store (UKS), interfaces already exist for cameras, microphones, and robotic control to bring AGI to life. “Relating information from multiple senses then is the key to comprehending that objects exist in a physical environment – an insight which underlies all human thought,” Simon concludes.

Earlier this month, Simon published Brain Simulator II: The Guide for Creating Artificial General Intelligence, a companion book to provide neuroscientists, cognitive scientists, and programmers interested in AGI, neuron limitations, or spiking AI software with everything they might need to build a system that can learn about object permanence, spatial relationships, and time/causality, and ultimately help AI to become AGI.