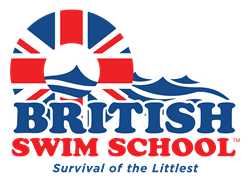 "The incentives we're now offering are a huge bonus to an already solid investment, meaning that new owners will be provided with the tools they need to quickly launch and scale their businesses.” - Ashley Gundlach, British Swim School President

For over 40 years, British Swim School has been revolutionary in developing a water survival program that enables young children first to survive a water incident and then develop the lifelong skill of swimming. The mission-based franchise was recently ranked #352 on Entrepreneur’s 43rd annual Franchise 500 list and named #63 on Entrepreneur’s Top Franchises Under $100,000.

In an ongoing effort to continue making waves throughout Canada, the franchise launched an exclusive opportunity, inviting potential franchisees to join their elite team. British Swim School is offering potential candidates who wish to purchase territories in Canada an investment incentive through its Canadian Foundation Initiative, with an initial five spots available in both western and eastern Canada. To date, six of the ten spots have been awarded, with two left on each side of the country.

Benefits of joining the Canadian Foundation include:

"This is an exclusive opportunity for potential franchisees to achieve their business ownership goals, with the added benefits of a free territory and a critical $5,000 marketing credit” said Ashley Gundlach, British Swim School President. "The incentives we're now offering are a huge bonus to an already solid investment, meaning that new owners will be provided with the tools they need to quickly launch and scale their businesses.”

British Swim School has built great success with its low-cost business model, which utilizes pools in existing facilities such as fitness centers, hotels or apartment complexes. This innovative model allows franchisees to take advantage of the low overhead and startup costs instead of building a new facility.

Aside from being a lucrative franchising opportunity, British Swim School is a business on a mission. It is an opportunity to develop entrepreneurial skills and be successful while working toward a great cause in the communities it serves.

“We are looking for customer service-focused and highly motivated individuals to make a splash in each new market," said Gundlach. "We're confident aspiring business owners who take advantage of this initiative will flourish while creating a genuine community impact. Franchisees can be confident they are making the right choice when making this investment. Our rapidly expanding list of franchisees across North America is a testament to our continued success.”

British Swim School, the nation’s most established swim school franchise with over 40 years in business, believes that every individual, regardless of age or ability, should have the opportunity to become a safe and happy swimmer. Offering lessons for babies, children, and adults, the brand is dedicated to its mantra, “Survival of the Littlest,” focusing first on the survival skills needed to survive a water accident, then moving on to stroke development and more advanced skills. Not only does British Swim School give peace of mind to countless families who seek the essential life skill the brand offers their children, but the purpose-driven franchise offers an exceptional opportunity for entrepreneurs who seek a fulfilling business venture with a sound foundation, low investment, and easily scalable model. Part of the Buzz Franchise Brands family, British Swim School currently operates over 215 schools across the United States and Canada.