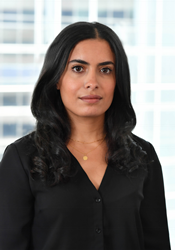 The British Virgin Islands International Arbitration Centre (BVI IAC), an independent not-for-profit institution serving the demands for dispute resolution in the international business community, today announced the appointment of Hana Doumal as Registrar. She replaces João Vilhena Valério, who served as Registrar from the founding of the BVI Centre in 2016 until January 2021.

Ms. Doumal has a distinguished career, having served in the arbitration sector at leading international firms and arbitral institutions in Hong Kong, Washington, D.C. and Paris.

“The BVI International Arbitration Centre is pleased to welcome Hana Doumal as Registrar, as we affirm our role in maintaining a quality legal framework and a stable political environment as a British Overseas Territory. Ms. Doumal’s experience in commercial arbitration and investor-State arbitration, both in private practice and at arbitral institutions, is invaluable. She will play a key role as our arbitration activity continues to increase and we meet the new challenges of virtual proceedings with our state-of-the-art technology and systems. As a citizen of France and Morocco, she embodies the BVI International Arbitration Centre’s commitment to cultural and gender diversity,” said François Lassalle, Chief Executive Officer.

“I am excited to join the BVI International Arbitration Centre, where my experiences in Hong Kong, Washington, D.C. and Paris will enable me to incorporate global perspectives as I lead the Secretariat of this modern and dynamic institution. I look forward to working with my new colleagues and the Board members to promote international arbitration in the BVI,” said Ms. Doumal.

Ms. Doumal is admitted to the Paris bar and in Hong Kong as a Registered Foreign Lawyer. She works in French, English and Spanish, and she also speaks Moroccan Arabic.

“The BVI IAC extends its deepest appreciation to our outgoing Registrar, João Vilhena Valério. His tireless efforts have contributed enormously to the success of the Centre. We wish him well as he enters private practice with his new firm, arbitration studio - http://www.arbitrationstudio.com,” said Mr. Lassalle.

About the British Virgin Islands International Arbitration Centre
The BVI International Arbitration Centre was established to meet the rapidly evolving dispute resolution needs of arbitration users worldwide. The Centre meets the demands of the international business community for a neutral, impartial, efficient and reliable dispute resolution institution in the Caribbean, Latin America and at the cross-roads of the Americas. The BVI offers a quality legal framework and a stable political environment as a British Overseas Territory in an UNCITRAL jurisdiction and party to the NY Convention. Users of the BVI IAC arbitration clause benefit from arbitration-friendly legislations that improve ease of business and support. The BVI IAC’s panel of diverse arbitrators represents 43 countries, speaking more than 46 languages and is the most gender-diverse panel in the world. Equipped with state-of-the-art technology and the flexibility to meet the unique requirements of any virtual arbitration, the BVI IAC offers world-class facilities for conducting arbitral hearings. For more information, please visit http://www.bviiac.org.