Brittany J. Shears’s newly released “David and Jonathan” is an inspiring story of friendship based on the book of Samuel in the Old Testament

“David and Jonathan” from Christian Faith Publishing author Brittany J. Shears is an engrossing narrative about the bond between David and the next in line to the throne, Jonathan. Join the two brothers as they bring down their respective enemies with the glory of God. 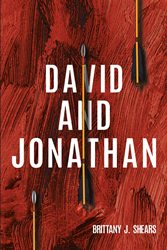 “David and Jonathan”: a powerful read that follows the famous Biblical figure David and his best friend, not Goliath, but Jonathan. In this tale, David and Jonathan’s journey demonstrates that God will always send one someone to accompany them in their life battles. “David and Jonathan” is the creation of published author Brittany J. Shears, a new novelist with a fresh writing style. She’s currently a master’s divinity student and apprentices as chaplain in a hospital. She also has a personal blog where she can thoroughly express her thoughts.

Shears shares, “Meet Jonathan, the oldest of King Saul’s sons and crown prince to the Israeli throne. Having been groomed on the battlefield, Jonathan’s greatest allegiance is, first, to the God who has continuously defended him, and secondly, to the nation that his family has been charged to lead and defend. Unfortunately Jonathan’s adversaries are not quarantined to the battlefield. How is Jonathan supposed to defend Israel from both their advancing enemies and their own king—his own father? Overridden by fear and greed, King Saul’s sanity is slipping, the prophet Samuel is at a loss, and God is on the move.
“Meet David, the youngest of eight sons and esteemed family shepherd. Having been groomed for a life in the sheep field, David’s deepest devotions are to, first, the God who protects him, and secondly, to the flock he is charged with protecting. Unfortunately David’s role as the family shepherd marks him as a sort of outcast within his own household. His exclusion from family gatherings largely goes unnoticed and perhaps is largely hoped for by some. Enter Samuel, a divine anointing and the now-shepherd will-be-king David. But how will a shepherd take the throne? Easy, he won’t. It will be given to him. Of course, after he’s called into Saul’s service, the trick will be keeping David alive in the middle of harm’s way. Thankfully God has made the preparations. The defeat of two giants. The rejection of two fathers. The faith of two best friends. And the heroic host of much needed back up.”

Published by Christian Faith Publishing, Brittany J. Shears’s new book is a beautiful read that gives the spotlight to David’s overlooked friendship with Israeli’s prince Jonathan. This moving story is sure to encourage and inspire others.

View a synopsis of “David and Jonathan” on YouTube.

Consumers can purchase “David and Jonathan” at traditional brick & mortar bookstores, or online at Amazon.com, Apple iTunes store, or Barnes and Noble.

For additional information or inquiries about “David and Jonathan,” contact the Christian Faith Publishing media department at 866-554-0919.