The educational program will feature experts who specialize in connecting those who have had limitations in the past. 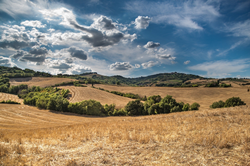 The internet is an essential tool for modern life, and there is no doubt whether its lack of presence impacts daily lives.

Hollywood star Dennis Quaid has put on many noteworthy performances throughout the years. He is known for his roles in “The Rookie (2002),” “Frequency (2000),” and “The Day After Tomorrow (2004).” The award-winning actor now also utilizes his talents as host for the educational program “Viewpoint." The television show features a wide variety of topics to inform its viewers about issues that impact people around the globe. Coming to the show is an episode discussing broadband internet in rural communities.

Rural areas are a prime location for many folks looking to get away from city congestion or to give their children lots of room to roam outdoors. However, living further away from towns with larger populations means running the risk of minimal internet access. Broadband internet is severely lacking for many individuals living in the country where landmass outweighs population numbers.

Lack of access to high-speed internet hinders many aspects of modern life, such as schooling. Many schools in rural communities are unable to tap into online resources due to a lack of high-speed internet connection. As a result, some developers are working on expanding broadband internet to these areas.

The internet is an essential tool for modern life, and there is no doubt whether its lack of presence impacts daily lives. Additional details about broadband internet in rural communities will be in the upcoming episode.

“Viewpoint" with Dennis Quaid is cautiously looked over before airing to a public audience. The informational show has received numerous awards.