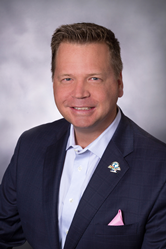 “The 2018 metrics show a Broward County market on the rise"

There is strong pent-up demand for Broward luxury single-family homes. Luxury sellers are becoming more realistic with their asking prices. Federal tax reform is having an impact as more Northeastern buyers are opting to purchase in Broward to escape the higher taxes they could face in states like New York and New Jersey.

Federal tax reform, which was signed into law Dec. 22, 2017, sets a deductions cap for income, sales and property taxes at $10,000. The new cap could lead more residents of states with high property values and state income tax to purchase properties in states such as Florida, which has no state income tax and a pro-business tax structure.

Hottest Broward Neighborhoods at Year-End 2018
Months’ supply of inventory, which is an important indicator of consumer demand and market performance, reflects limited supply in many neighborhoods and price ranges. As a result, lack of supply is also impacting property sales, particularly for single-family homes.

Top Broward neighborhoods with the lowest months of supply of inventory with significant closed sales activity at year-end 2018:

Broward Real Estate Selling Close to List Price
The average percent of original list price received for single-family homes in 2018 was 96.0 percent in 2018, an increase of 0.1 percent from a year earlier. The median number of days to contract for Broward single-family homes decreased 2.5 percent to 39 days in 2018 from 40 days in 2017.

The median number of days to contract for condominiums sold in 2018 was 49 days, down 12.5 percent from 56 days in 2017. The average percent of original list price received was 94.5 percent, a 0.4 percent year-over-year increase.

State Year-End Statistics
Statewide closed sales of existing single-family homes totaled 277,827 in 2018, up 2.2 percent compared to the 2017 figure, according to Florida Realtors. The statewide median sales price for single-family existing homes in 2018 was $254,505, up 7.2 percent from the previous year.

The interest rate for a 30-year fixed-rate mortgage averaged 4.54 percent for 2018, up significantly from the previous year’s average of 3.99 percent, according to Freddie Mac.

Broward Cash Buyers Represent Nearly Double the National Figure
In 2018, cash deals represented 37.9 percent of Broward’s total closed sales, which is a decrease from 40.4 percent in 2017. About 20 percent of all U.S. housing sales are made in cash, according to NAR. Broward’s high percentage of cash sales reflects South Florida’s ability to attract a diverse number of international home buyers, who tend to purchase properties in all cash.

Condominiums comprise a large portion Broward’s cash purchases as 53.6 percent of condo closings were made in cash in 2018 compared to 20.6 percent of single-family home sales.

Distressed Property Transactions Continue to Decline in Broward
About 4.5 percent of all closed residential sales in Broward were distressed in 2018, including REO (bank-owned properties) and short sales, compared to 7.4 percent in 2015.

Short sales and REOs accounted for 1.2 and 3.4 percent, respectively, of Broward sales in 2018. Short sale transactions dropped 39.6 percent year-over-year while REOs decreased 36.5 percent. A decline in short sales points to more homeowners with increased equity, which should result in increased market activity.

At the end of 2018, inventory for Broward single-family homes stood at a 4.4-month supply, a 22.2 percent increase from 3.6 months in the previous year. Inventory for Broward existing condominiums at the end of 2018 stood at 5.7 months, up 1.8 percent from 5.6 in 2017. A balanced market between buyers and sellers offers between six and nine months supply of inventory.

Note: Statistics in this news release may vary depending on reporting dates. MIAMI reports exact statistics directly from its MLS system