“The Mystery” from Christian Faith Publishing author Bruce Bates is an illuminating creation that opens discussion and brings instruction on the subjects that revolve around God, the universe, the heavens, man, purpose, His plan, and much more. 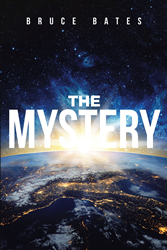 “The Mystery”: a clear source of knowledge and direction that leads one to have a deeper understanding on biblical mysteries. “The Mystery” is the creation of published author Bruce Bates, a firm believer of Jesus Christ the Savior.

Bates writes, “Toward the end of Paul’s address to Rome, he professed:
“Now to him that is of power to stablish you according to my gospel, and the preaching of Jesus Christ, according to the revelation of the mystery, which was kept secret since the world began, But now is made manifest, and by the scriptures of the prophets, according to the commandment of the everlasting God, made known to all nations for the obedience of faith. (Rm. 16:25)
“The Bible from beginning to end is the revelation and confirmation of a mystery. As eluded to in the above, there are numerous scriptures which speak of a mystery that predates the foundation of the world, which speaks of a plan of God, whose promise was unto and in behalf of the children of men.

“It’s a mystery whose predestination encompassed man’s failure to retain his position before God. Its wisdom, intent, and design was to explore the depth of his transgression, the liability which ensued, and the price required to restore him to his former glory. Included in this plan was one who would enter the world from outside of time and work a work, that God, through Him, might reconcile the world unto Himself (2 Cor. 5:17–19).

“On that fateful day when God stood forth to create the heavens and the earth and concluded on the sixth day with the formation of man, cloaked within creation, was an intent whose end was not just eternal but immortal. It was thus that the apostle Paul said:

“Contained within this mystery is the conclusion of this present age, a conclusion that awaits the fulfillment of this mystery, as revealed by John, saying: ‘But in the days of the voice of the seventh angel, when he shall begin to sound, ‘the mystery of God should be finished,’ as he hath declared to his servants the prophets’ (Rev. 10:7).

“As we look at the unfolding and fulfillment of this mystery, one cannot help but be reminded of the declaration of Paul, when speaking of the work of redemption he said:

“O the depth of the riches, both of the wisdom and knowledge of God! how unsearchable are his judgments, and his ways past finding out!’ (Rm. 11:33)”

Published by Christian Faith Publishing, Bruce Bates’s new book brings an insightful and profound read that will allow everyone to get a stronger grasp on the subjects that are of importance to one’s faith and beliefs.

Consumers can purchase “The Mystery” at traditional brick & mortar bookstores, or online at Amazon.com, Apple iTunes store, or Barnes and Noble.

For additional information or inquiries about “The Mystery,” contact the Christian Faith Publishing media department at 866-554-0919.