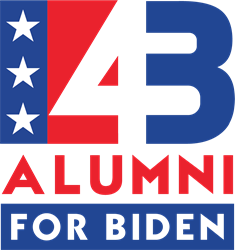 Before Donald Trump accepts another nomination for president from what used to be the Party of Lincoln and Reagan, 225 former officials of the George W. Bush Administration publicly endorse Joe Biden for President, including a new endorsement from former Secretary of Agriculture Ann Veneman.

From staff assistants to Cabinet secretaries, 43 Alumni for Biden represent the breadth and diversity of the 43rd presidential administration, the last Republican presidency.

“While we all may have our differences of opinion on specific policy matters with the Democratic Party, we firmly believe that Joe Biden can bring us together to help heal the divisions in our country and find solutions to our problems,” said former Deputy Assistant to the President and former Assistant Secretary, Department of Health and Human Services Suzy DeFrancis. “Donald Trump has failed to keep Americans safe during this pandemic, but Joe Biden will listen to our scientists and doctors when making life or death decisions. With lives and livelihoods at stake, our nation needs a leader with the experience, competence and character of Joe Biden."

Joe Biden has received recent endorsements from former Secretary of State Colin Powell, former Director of National Intelligence John Negroponte, and former Governor of New Jersey and EPA Administrator Christine Todd Whitman, and we are proud to add our names to this distinguished list of public servants and principled leaders.

In addition to the 225 public endorsers of Joe Biden, we are joined in solidarity by 152 additional alumni. Many of these individuals are unable to lend their names due to personal reasons, others have faced harassment and threats from Trump supporters, but each has pledged to vote for Joe Biden and continue to work behind the scenes to preserve our democracy.

“We encourage all Republicans, for the sake of the nation and even for the sake of the Republican Party, to reject Donald Trump and lawless administration, and vote for Joe Biden,” said former Deputy Assistant to the President Greg Jenkins. “This doesn’t mean that you are now a Democrat, but it does mean that you care more about the Constitution and the lives of your fellow Americans than you care about party tribalism.”

“Vote like your life depends on it, because for many of our fellow Americans, it does,” said Kristopher Purcell of the 43 Alumni for Biden organizing committee and former White House communications official.

43 Alumni for Biden is a registered Political Action Committee formed to support and elect Joe Biden as the next President of the United States. Principles matter more than politics. That’s why we, a group of alumni who have served Republican legislators, governors and presidents, are choosing country over party this November.
We worked for W. We support Joe.