By Suppressing Information on the Impact of Racism, Opponents of Critical Race Theory Maintain Inequity

Key New NEPC Policy Memo Takeaway: Understanding the political nature of the attacks against Critical Race Theory allows us to counter them more effectively and thus help ensure that public education can serve to reduce, rather than reinforce, structural racism. 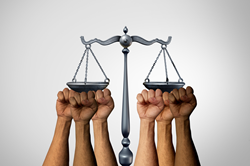 Critical Race Theory, or CRT, is a controversial topic that has ignited a contentious national dialogue. Those who argue against using CRT in the classroom often portray it as a frightening “symbolic enemy” to help drive people who hold a wide variety of racial, cultural, and political grievances to support right wing politicians and policies.

The authors describe the history of attempts to legislate race-related curriculum. Since early 2021, eight states have passed legislation that broadly speaking seeks to exclude historical information and analysis related to race and racism from school curriculum. Additional legislation has been, or is being, considered in 15 other states and in the U.S. Congress, as well as policies by local school boards and state boards of education.

Advocates of this legislation argue that providing students with such information is un-American, divisive, and racist, and that including it in the curriculum is a result of schools incorporating CRT into their curricula and staff training programs. The authors explain how the assault on CRT can be understood as part of a larger ideological effort to delegitimize historically accurate presentations of race and racism in American history; to thwart attempts by members of marginalized groups to participate fully in the civic life; and to retain political power.

In their review of these contemporary attacks against CRT, the authors expand upon the political objectives of these tactics and provide historical examples of similar ones, and in conclusion offer resources on evidence-based strategies to counter the propaganda.