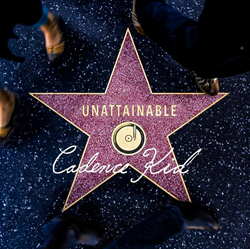 The song is about trying to achieve your dreams while losing yourself along the way.

Cadence Kid, best known for his recent Billboard top-50 summer hit, “Hold On Me,” released a new single, “Unattainable,” on May 8. The song features Tilian Pearson of Dance Gavin Dance as guest vocalist.

In “Unattainable,” one-man-band Cadence Kid aka Jason Turbin teams up with his brother, three-time Grammy-award-winning producer Cassidy Turbin (Beck, Bat for Lashes, Thurston Moore), and singer-songwriter Tilian Pearson (Saosin, Emarosa, Night Verses), who does guest vocals. An upbeat melodic tune, the song is about trying to achieve your dreams while losing yourself along the way.

A multi-instrumentalist, Jason recently took the Indie world by storm with his summer hit, “Hold on Me,” in which he plays the violin, viola, erhu, flute, recorder, trumpet, trombone, guitar, bass, mandolin, banjo, ukele, harmonia, and piano, in addition to performing the vocals.

Jason is a prolific composer and orchestrator, known for his contributions to dozens of films. Between orchestrating for the latest Stephen King thriller Gerald's Game and scoring the feature Memento Amare, Jason returned to the studio to produce “Unattainable.”

ABOUT CADENCE KID:
Cadence Kid is a one-man band by multi-instrumentalist Jason Turbin, who started his musical journey when he landed the role of Gavroche as a young child in the national touring company of Les Misérables. A passionate musician, Jason has a strong background in classical music theory and plays more than ten instruments. Jason is a prolific composer and orchestrator, known for his contributions to dozens of films, including Oculus, NYT Critic’s Pick Dementia, Proxy, Before I Wake (alongside acclaimed composer Danny Elfman).