California’s new Assembly Bill 5, signed into law on September 18, 2019, leads to questions of the stability of the gig economy in that state. If individuals must reclassify to employees from independent contractors, there is a real threat to the viability of the business model, according to Cowden Associates CEO Elliot Dinkin. 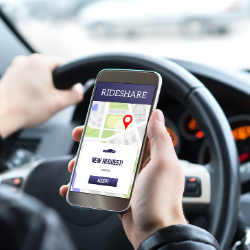 Elliot Dinkin of Cowden Associates underscores the implications of Assembly Bill 5--and how it could disrupt the gig economy.

"If these individuals end up being treated as some form of employees, then certain business models may no longer be sustainable."

“If these individuals end up being treated as some form of employees, then certain business models may no longer be sustainable,” said Elliot Dinkin, a nationally known expert in actuarial, compensation, and employee benefits issues. “The primary reason: cost relating to a variety of areas, such as payroll taxes, workers’ compensation, health and welfare, and retirement benefits.”

Other states have also began the process of introducing similar legislation as they follow California’s lead and enact similar measures. California has long been the starting place for policies adopted across the United States.

If enacted nationally, Assembly Bill 5 could affect 15.5 million U.S. workers who have alternative arrangements for their primary employment—independent contractors, on-call workers, temporary help agency workers and workers provided by contract firms — according to a report released in 2018 by the Bureau of Labor Statistics [1].

That number could grow exponentially over the next decade. An NPR/Marist poll conducted in January 2018 found that one in five jobs in America is held by a worker under contract and that, “within a decade, contractors and freelancers could make up half of the American workforce.” The same poll determined that 51 percent of contract workers don't receive benefits from their jobs, which is one of the factors Assembly bill 5 is intended to remedy [2].

It’s not only employers that could be negatively impacted by the bill. Some Uber and Lyft drivers have spoken against Assembly 5, arguing that they enjoy the flexibility of knowing that they alone determine when they will and will not work, a convenience that will likely disappear if the bill is, implemented as currently written.

California Governor Gavin Newsom has indicated he is open to negotiating with large companies like Uber and Lyft before the law goes into effect on January 1. Uber had suggested establishing a minimum wage for its drivers of $21 an hour as an alternative to the bill’s more radical changes, or challenging the law via 2020 ballot initiative. Uber claims that the law does not apply to its drivers and has made clear its intention to defend the position in court [3].

Some labor experts predict a 30 percent increase in company cost if the bill is implemented in its current form, which could further sink Uber’s struggling bottom line; the company reported a $5.2 billion loss in the second quarter [4].

Whatever the percentage, the change will force companies that use freelancers and independent contractors to redesign their business model to address higher expenditures.

“Uber and Lyft will have to decide what to do with the cost increases,” said Dinkin. “If they want to preserve their profit position, then the additional costs, which can be viewed in a similar fashion to a tariff, will be assumed by the consumer. Hence the concern about ending the business model.”

“Certain people are very attracted to this type of work and flexibility and will most likely drop out as they may not like fixed schedules or other rules and requirements,” Dinkin continued. “It has seemingly been a very popular job, based solely on the numbers of drivers.”