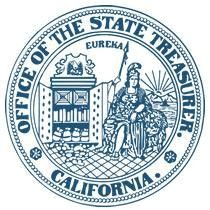 California’s gender diversity law is helping to achieve this goal, but it appears help is still needed in bringing women and corporations together. That’s where our new effort with the Coalition is focused.

California State Treasurer Fiona Ma has teamed up with the Thirty Percent Coalition in a new effort to accelerate the number of women named to public company boards in California. While the state was the first to mandate gender diversity in boardrooms, progress has been slow.

A law signed by Gov. Edmund G. Brown, Jr. on September 20, 2018 required public companies with principal executive offices in California to meet certain requirements by the end of 2019. The law mandated two female directors if a company has five directors on its board and three if it planned to have seven female directors by the close of 2021. One analysis of California Publicly Traded Corporate Disclosure Statements filed in 2019 suggests that fewer than half of companies affected may be meeting these requirements. [1]

“I have always been a strong champion of advancing women in the workplace and ensuring that we hold a representative share of leadership positions in business,” Treasurer Ma said. “California’s gender diversity law is helping to achieve this goal, but it appears help is still needed in bringing women and corporations together. That’s where our new effort with the Coalition is focused.”

“We are honored to welcome the California Treasurer’s Office as a member of the Thirty Percent Coalition. There are exciting new initiatives on the horizon that we believe can help accelerate gender diversification on corporate boards and keep us all on track,” said Charlotte Laurent-Ottomane, Thirty Percent Coalition Executive Director.

As companies continue to seek to diversify their boards, the Coalition and the Treasurer’s Office are poised to help their efforts succeed. In August and September two webinars hosted by Treasurer Ma and Charlotte Laurent-Ottomane are planned to help more women make the transition to serving on corporate boards and assist companies in achieving their diversity objective. Details will be released closer to the dates of the webinars.

The first webinar will provide Tips on How to Land a Board Seat for women wishing to become candidates for board positions in California. Speakers will include members of the National Association of Women Business Owners (NAWBO) and Women in Public Finance (WPF).

A second webinar for CEOs, Diversity—The Road to a Performing Board, will recognize that diversifying a board can be a complex undertaking. Guidance and insight will be provided on how to approach board diversity while considering markets, governance, and optimal board composition.

Treasurer Ma has established a database of women interested in serving on corporate boards in California. To be included in the Treasurer’s Women on Board Registry List, interested women are encouraged to send a resume via email to WomensRegistry@Treasurer.Ca.Gov. Public companies interested in participating in this effort may also submit the company’s name and a point of contact to the same address.

About the California State Treasurer
Fiona Ma is California’s 34th State Treasurer. She was elected on November 6, 2018 with more votes (7,825,587) than any other candidate for treasurer in the state's history. She is the first woman of color and the first woman Certified Public Accountant (CPA) elected to the position. The State Treasurer’s Office was created in the California Constitution in 1849. It provides financing for schools, roads, housing, recycling and waste management, hospitals, public facilities, and other crucial infrastructure projects that better the lives of residents. California is the world’s fifth-largest economy and Treasurer Ma is the state’s primary banker. Her office processes more than $2 trillion in transactions within a typical year. She provides transparency and oversight for the government’s investment portfolio and accounts, as well as for the state’s surplus funds. Treasurer Ma oversees an investment portfolio of about $99 billion, more than $31.4 billion of which are local government funds. She serves as agent of sale for all State bonds, and is trustee on outstanding debt of $94 billion.

About the Thirty Percent Coalition
Founded in 2011, the Thirty Percent Coalition is a pioneer in promoting diversity in the corporate boardroom. The mission is to advocate for gender diversity, including women of color, on public and private boards. The Coalition provides a national forum where its members develop strategies to influence companies to increase gender diversity in senior leadership and boardrooms. Membership includes public companies, private equity, institutional investors, state treasurers, professional services firms and advocacy groups working together for the first time. In 2020, Coalition members represent over $6 trillion in assets under management. There is no other organization of this kind in the US.

1. Harvard Law School Forum on Corporate Governance on 3/18/2020: As required by SB 826, California’s board gender diversity law, the California Secretary of State has posted its March 2020 report on the status of compliance with the new law. The report combines information gathered in the July 2019 report with data for the additional six-month period of July 1, 2019 through December 31, 2019. The report counts 625 publicly held corporations that identified principal executive offices in California in their 2019 10-Ks, but indicates that only 330 of these “impacted corporations” had filed a 2019 California Publicly Traded Corporate Disclosure Statement, which would reflect their compliance with the board gender diversity requirement. Of the 330 companies that had filed, 282 reported that they were in compliance with the board gender diversity mandate.