“I AM,” recorded by 15 year-old Lily Kelly just months before her untimely passing, is available now at all major digital outlets, including iTunes, Google Play and Spotify. 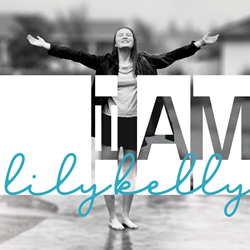 Lily would want nothing more through this than for everyone to seek Jesus.

On June 1, 2019, 15 year-old Lily Kelly was tragically killed when the car she riding in was hit by a drunk driver. In the days that followed, a song emerged that Lily had written and recorded just six months before.

Family and friends found comfort in Lily’s original song, “I AM,” which tells of her close relationship with Jesus and her thorough understanding of His character. Wise beyond her years, Lily knew that her calling and purpose was to share God’s love through the gifts He had given her, through music, through her voice, returning His gifts back to Him in song.

Lily had just completed her freshman year at Calvary Chapel Murrieta High School in southern California, where she played volleyball and softball, and served on her school’s student council. She enjoyed photography, sketching and was passionate about music. She played guitar and piano and led worship at both church and school.

Lily’s heart for service was set to make an international imprint in late June when she would participate in a mission’s trip to Ethiopia where her commitment to spreading the love and hope of God through service and song would be shared. But before she could board the plane, the Lord called her home.

With the release of the single, “I AM,” Lily’s legacy lives on.

“Lily would want nothing more through this than for everyone to seek Jesus,” said Lily’s mother, Faith. “For Lily’s life to be a legacy of His goodness, hope and love, that would be exactly what He put her here for.”

“I AM” is available now at all major digital outlets, including iTunes, Google Play and Spotify.

Watch Lily’s live performance of “I AM”:
https://youtu.be/HI9OCbw49mU