A recent survey conducted by Express Scripts found that nearly one third of seniors surveyed believed that the ACA increased the age of eligibility for Medicare. In light of this the Canadian Pharmacy encourages consumers to start researching their coverage now. 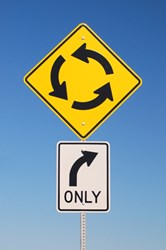 If you do find yourself in the donut hole in the year ahead or if you'd like to save money on your medications, we invite you to visit us at TheCanadianPharmacy.com

As the days get shorter and colder, millions of Americans begin contemplating upcoming Medicare open enrollment season. Unfortunately, the implementation of the health insurance exchanges created by the Affordable Care Act have confused many and left them with questions and misinformation.

Pharmacy benefit manager Express Scripts noted this confusion in a survey of over 1,000 Medicare enrollees. Many of those surveyed believed that the ACA (or "Obamacare") had created changes to the way Medicare was run, with nearly a third thinking that the eligibility age for Medicare had increased. A significant number, 20 percent, plan to skip doctor's appointments and put off filling medications to try to cut costs. The Canadian Pharmacy is concerned about this trend and wants seniors and other consumers to know that it's possible to save money on prescriptions without putting your health at risk.

It's common for changes to be made within individual Medicare Advantage Plans or with Medicare Part D prescription drug benefits. During this season of open enrollment, it's important that every current or potential Medicare recipient reviews his or her plan to look for changes in covered medications, copays and premiums. The Medicare Part D donut hole, the gap in which drug coverage temporarily stops until a certain spending limit is met, will also shrink by $80 - good news for many Medicare Part D participants.

David Zimmer, President of The Canadian Pharmacy, expressed his concern about the findings of the Express Scripts survey: "The survey clearly identifies the confusion surrounding the changes being brought about by The Affordable Care Act. With Medicare annual open enrollment fast approaching, we want to make sure that U.S. consumers have the facts they need to make informed decisions about their Medicare coverage for the year ahead."

Mr. Zimmer encourages everyone to begin their research now and to make sure that they read the Annual Notice of Change (ANOC) and Evidence of Coverage (EOC) provided by their plan to identify any problematic changes that need to be addressed.

"If you do find yourself in the donut hole in the year ahead or if you'd like to save money on your medications, we invite you to visit us at TheCanadianPharmacy.com," Mr. Zimmer said.

The Canadian Pharmacy's dedication to helping patients save money and understand their medications has earned the Canadian online pharmacy recognition and accreditation from a number of agencies including the Canadian International Pharmacy Association, the Manitoba International Pharmacist's Association and the Better Business Bureau. They are also the recipient of a 5-Check rating from PharmacyChecker.com. The Canadian Pharmacy is located in Winnipeg, Manitoba and has been providing high quality medications and other pharmaceutical products to customers both locally and internationally for more than 10 years.