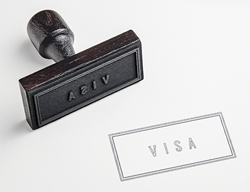 “OVerall, even in an unprecedented year like FY2020, there continues to be indications of relief for backlogged investors... ultimately, retrogression times will go down a little each year,” said Walter Gindin, Director of Legal Affairs at CanAm Enterprises.

CanAm Enterprises (“CanAm”) shared key takeaways from IIUSA’s webinar: Conversation with Charlie Oppenheim on June 16th. Oppenheim is the Chief of the Visa Control and Reporting Division at U.S. Department of State. During the webinar, he answered questions about EB-5 visa usage through May 2020. There were several important takeaways from his question and answer session.

EB-5 Visa Numbers in FY2020 and FY 2021
Oppenheim estimates that over 4,500 EB-5 visa numbers have been issued thus far for FY2020, which is well short of the approximately 10,000 EB-5 visas available each fiscal year. With the end of FY2020 a little more than three months away, it is very likely that we will “lose” EB-5 visa numbers for FY2020 largely due to COVID-related consular closures around the world.

Despite this “loss” of EB-5 visas for FY2020, Oppenheim anticipates that there will also be significant numbers of unused family-sponsored visas in FY2020, which will “spillover” and be added to the 140,000 annual visas already allocable to the employment-based visa categories for FY2021 .

While Oppenheim did not provide an exact estimate of the number of unused family-sponsored visas for FY2020, he did estimate that the total number of employment-based visas available for FY2021 “is likely to be well in excess” of 200,000, representing a minimum net gain of 60,000 visas for all employment-based preference categories.

“In the grand scheme of things,” Oppenheim indicated, “the loss in EB-5 numbers used [in FY2020] will be more than offset by the additional [visas] that will be available next [fiscal year] . . .. Fiscal 2021 should be a very good year under the current INA guidelines for visa availability for employment applicants.”

But how many visas are we talking about? After all, the annual limit for family-based preference is several times greater than for the employment-based preference categories. And how much of an impact will it have on backlogged EB-5 investors?

Let’s assume conservatively that 14,200 EB-5 visas are available in FY2021. Each country gets 7.1% of total EB-5 visas, so 1008 visas. Let’s also assume that Vietnam and India “max out” their 7.1%, so 1,008 visas for each country, or a total of 2,016 visas. Then let’s assume the rest of the world (minus China) gets about 4,200 visas (per Oppenheim’s estimates in Oct. 2019). Finally, in FY2021, there is no offset of EB-5 visas for the Chinese Student Protection Act. That leaves about 7,980 EB-5 visas available for use by countries that reached their per-country limit in priority date order, which mostly should be China.

Moreover, when questioned, Oppenheim confirmed that 14,200 EB-5 visas are the “bare minimum” that we can expect for FY 2021. Accordingly, it’s very possible that 10,000 EB-5 visas will be available to China in FY2021 as in the past, and assuming the Guangzhou can start processing again, this could reduce the China backlog by several years.

CanAm’s Director of Legal Affairs and In-House Immigration Counsel, Walter Gindin, commented, “It’s helpful to view the EB-5 visa backlog as a constantly moving line, which can, and does, get shorter over time. We have already seen additional unused family-sponsored visas for FY2019 be allocated to the EB-5 category for FY2020. Currently, Oppenheim estimates that an even greater number of unused family-based visas for FY2020 will be allocated to employment-based categories for FY2021, making well over 200,000 employment-based visas available next fiscal year, including a substantial number for EB-5. This trend, coupled with increased EB-5 investment amounts and other factors, will make more visas left over to investors from countries such as China with the greatest EB-5 visa demand and thus reduce visa wait times.”

Future Advancements of Priority Dates & Implications for China
Many have observed the recent trend in the advancement of priority dates. For EB-5, China has advanced 8 months since the beginning of FY2020 (Final Action date of October 22, 2014) until the most current Visa Bulletin for June 2020 (Final action date of July 22, 2015). This gradual advance is, in part, due to the fact that many Chinese investors have not moved forward with their visa applications pending at the NVC.

With the possibility of EB-5 visas going unused in FY 2020, Oppenheim was asked whether he would further advance priority dates in order to expand visa usage, especially in currently retrogressed countries, assuming consular offices open up.

Oppenheim responded that he “prefers not to make rapid advances only to have serious retrogressions after the fact,” and confirmed that he will not just advance priority dates for the sake of movement because he does not want to create a situation where final action dates may have been advanced at an unsustainable pace, which would later require potential retrogressions of those dates, and then people could be caught up where any time-sensitive documentation is expired.

Oppenheim said that he expects that the priority dates for China and Vietnam will continue to advance through the end of FY2020 and prefers to make “measured movements” in their priority dates based on what is reasonable to happen in the coming months.

Gindin saw reason to be optimistic in Oppenheim’s approach: “The priority date for China EB-5 has advanced 8 months since the beginning of fiscal year 2020. We understand that many Chinese investors are anxious about the EB-5 visa wait times, but as Charlie Oppenheim indicated in his comments during IISUA’s webinar, there is value in taking a measured approach and not making rapid advancements to the priority date in the short-term only to overburden the system and create further retrogression in the future. We are certainly encouraged that Oppenheim expects the priority date for China EB-5 to continue to advance through the remainder of this fiscal year.”

Possible “Current” Priority Dates for All Countries
Asked about actions he might take if visa usage in FY 2021 continues to lag, Oppenheim confirmed that he will have to make the decision whether to make priority dates “current” for all countries to spark applications for visas – probably in the first half of FY2021 – because he wouldn’t want to unnecessarily “waste” numbers and if it comes to the point where he has to make the priority dates “current” and risk retrogression in near future, that might be the risk he takes.

What would that mean? For example, let’s we go into FY2021 and we’re facing the same situation (i.e., dramatic visa underusage), and Oppenheim has a clear record that the expectations of the summer 2020 were not met, therefore it’s not reasonable to continue to make those same assumptions for FY2021, which would lead Oppenheim to potentially making everything “current.” Oppenheim would have to consult with consulates (Guangzhou primarily) to see what they expect their processing capacity to be as we move forward – to see whether they could accommodate larger amounts of applicants.

For the time being, this is a remote possibility, especially for China. There are more than 42,000 Chinese applicants at NVC already, and it’s unrealistic now to make priority dates “current” to allow that many people to suddenly be eligible. Given constraints now at NVC and USCIS, Oppenheim does not want to unnecessarily tax the system until it’s clear that he has no other choice. With that said, it’s not out the realm of possibility that everything could become current for some period of time in FY2021.

Status of Hong Kong
The Department of State treats Hong Kong (and Macau and Taiwan) as a separate foreign territory from mainland China for the purposes of immigration visa quotas. Thus, foreign nationals who are born in Hong Kong are not charged under the mainland China visa categories. Oppenheim confirmed that, absent any legislative change, Hong Kong will continue to be treated as a distinct country of chargeability for EB-5 visa purposes, and that there is currently no concern for Hong Kong in terms of EB-5 visa availability.

India Visa Movement
In October 2019, Oppenheim estimated that the wait time for an EB-5 visa filed by an Indian investor would be 6.7 years. Since then, the priority date for India EB-5 has rapidly progressed forward. The July 2020 Visa Bulletin now lists the priority date for India EB-5 as “Current,” which means that visas are immediately available to Indian EB-5 visa applicants.

Oppenheim explained that based on the amount of Indian EB-5 applicants already at NVC who already have been or could be processed during FY 2020 (667), and the expected increase in the FY 2021 EB-5 visa limit due to “spill over” of unused family-based immigrant visas during FY2020, Oppenheim expects to see a significant reduction in the 6.7-year wait time for an Indian EB-5 investors who are filing today. He does not expect to see India facing a potential retrogression in the foreseeable future. However, the EB-5 visa “wait times” could again increase as USCIS picks up the pace of I-526 Petition adjudications and starts to refer more petitions to the NVC for processing. Oppenheim advanced the priority date for India EB-5 in because he saw potential for numbers to go unused in FY2020 well before consular offices closed.

“Overall,” comments Gindin, “even in an unprecedented year like FY2020, there continues to be indications of relief for backlogged investors. Even as EB-5 investors worry about consular closures, long adjudication times, and how to make decisions about redeployment, they should be encouraged that, ultimately, retrogression times will go down a little each year.”