The Cannabis Consumers Coalition and prominent cannabis community members cite constitutional law, market protectionism, limited market opportunity via monopolization, and consumer trust as concerns regarding Arizona's Proposition 207, Marijuana Legalization Initiative (2020) on the ballot this year in November. Many states have been challenged over corrupted licensing processes which has also prompted federal investigations. The organization also has a full analysis citing concerns to educate stakeholders prior to voting in this historical election season to avoid similar pitfalls. 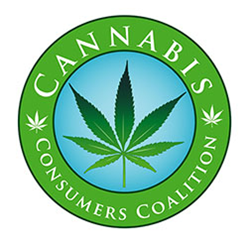 “America was not founded on the proposition that the opportunity to make a living is granted to some and not others. We had a real opportunity to create lasting economic security for communities disproportionately impacted by the drug war... and missed the mark completely.” Pastor Warren Stewart Jr.

“Restrictions on ownership and market entry represent a wholesale effort to prevent ordinary entrepreneurs, farmers, and politically weak constituencies from achieving the American Dream as marijuana prohibition ends,” said Larisa Bolivar, founder of the Cannabis Consumers Coalition. “The Commerce Clause of the United States Constitution protects citizens from states enacting protectionist laws for markets that only Congress has the right to regulate, and the Privileges & Immunities Clause in the 14th Amendment gives the federal government the duty to protect individuals from state actions that violate basic civil rights including the right to economic self-sufficiency.”

“Moreover, granting legal preferences to market incumbents sets the stage for political corruption and graft. Allegations of corruption have haunted almost every state medical or adult-use marijuana program for years. The Federal Bureau of Investigation has particularly warned that frameworks that decentralize marijuana licensing create opportunities to corrupt public officials at the highest and lowest levels of government. After decades of prohibition, it is heartening to see federal law enforcement direct their attention to the real problems of legal marijuana cartels inducing public corruption to maintain market primacy.”

Renowned Phoenix activist, Pastor Warren Stewart Jr. said of the lack of equity in the proposition and how it neglected a large segment of Black voters he has long advocated for that, “America was not founded on the proposition that the opportunity to make a living is granted to some and not others. We had a real opportunity to create lasting economic security for communities disproportionately impacted by the drug war to follow suit with other state’s social equity initiatives and missed the mark completely.”

Large, multi-state operators, particularly Curaleaf, Cresco, Harvest Enterprises, and Schwazze (formerly MedMen) that are traded on the public market, have invested enormous amounts of money in Proposition 207 to create artificial barriers to entry in an effort to create oligopolistic cartels and return profits to their shareholders and investors. Two weeks ago, Paul Smithers, CEO of real estate investment trust (REIT) Innovative Industrial Properties, said “We continue to gravitate toward states that have a highly competitive process to award a limited number of licenses to operators’ specifically noting a new partnership with Curaleaf in New Jersey.” These are the people who want Arizonans to pay high prices for legal cannabis and control the distribution of wealth through manipulating the ballot initiative process. This is socialism and Arizonans will ultimately reject these efforts to destroy the free market.

It is the official stance of the Cannabis Consumers Coalition that the current licensing scheme promoted in multiple states is unconstitutional, and most importantly, puts cannabis consumers at a significant disadvantage in rulemaking and in other important areas related to quality control. The intent of cannabis legalization was to legitimize a duty-free market and provide a competitive market landscape in the light of day in a well regulated market. It was not to create licensed cartels and force others out.

There is no other industry in which there was a fully developed consumer base waiting for licensed operators. Most industries were born out of invention and had to cultivate the market. Restricting licensing is also a disservice to cannabis consumers who are voting for cannabis legalization by forcing them to buy from government approved services versus forcing people to compete by providing the best products.