Telemedicine model for adjunctive cancer treatment gives patients the best of many worlds. Care Oncology matches the experience of other telemedicine providers for accessibility of consultation and immediacy in treatment. The company has experienced a “doubling” of service requests since September 2019. 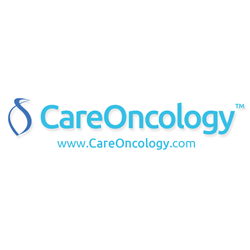 We’ve seen a doubling of the number of patients seeking to add the COC Protocol to their standard treatments for cancer.

Care Oncology, a UK-based company, announced today that it is expanding its telemedicine services to accommodate an influx of patients wishing to add the COC Protocol to their current treatments.

“We’ve seen a doubling of the number of patients seeking to add the COC Protocol to their standard treatments for cancer,” says Jason Butcher, Director of Operations, US and Canada. “Part of the increase is undoubtedly due to a series of ongoing trials and a recent clinical review that validated our treatment data (see Video). Another part is our unique telemedicine services that we provide our patients who are on the protocol.”

According to the company website (http://www.careoncology.com), COC Protocol is an adjunct therapy that attacks the metabolic weaknesses in cancer cells and may enhance standard cancer treatments effectiveness. The protocol incorporates a combination of well-known medications used for the treatment diabetes, coronary heart disease, and inflammation.

All patient-provider interaction is done online with US-based physicians who are trained to administer the protocol. Patients are screened for conditions that may prevent them from safely using the protocol. Once approved for the protocol, direct interaction with Care Oncology physicians is facilitated via an online conferencing system. Often, the medications can be sent to the patient via the mail or picked up from a local pharmacy.

“Thanks to the telemedicine model, this unique treatment is accessible to anyone who wants it,” says Butcher. “We skip the need for in-person visits with a physician because patients are already under the care of an oncologist. We provide added care while they’re using the COC Protocol so that we maximize its effects to make standard-of-care treatments more effective.”

ABOUT THE COC PROTOCOL
The COC Protocol was developed by sister organization, Care Oncology Clinic, based in London, UK. Patented by the clinic in the UK, the COC Protocol is an adjunctive cancer treatment that is designed to work with standard-of-care cancer treatment. In one published study, the COC Protocol doubled survivability for patients suffering from Glioblastoma, a form of brain cancer. Patients that showed improvement received both the protocol and standard-of-care cancer treatment (chemo, radiotherapies). Care Oncology US has clinics and offices in the US and offers the protocol for all forms of cancer to US and Canadian patients.

According to Butcher, COC Protocol is not a form of targeted therapy nor is it intended to replace standard of care. “Our researchers called it 'adjunctive therapy' because the protocol is used in conjunction with standard-of-care therapies (genetic, chemo, radiation),” he says.

Medications used in the COC Protocol have been in use for more than 20 years and are safe, even with all types of current cancer treatments. The medications have been repurposed because they have been found to be effective in interfering with the metabolic processes that are common in all cancer cells, regardless of their tissue of origin.

"The drugs in the COC Protocol have an established safety profile and significant population-based data suggesting they may improve outcomes when combined with standard of care," says Butcher. "The medications in the protocol target the dis-regulated metabolism of cancer cells, a feature that is common to all types of cancer."
For more information, visit http://www.careoncology.com Or call 800-392-1353.

Care Oncology operates in the United States and has a clinic in the UK. Clinical offices are located at 40 Harley Street, London, W1G 9PP.