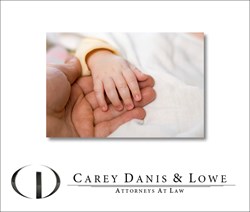 Carey Danis & Lowe is currently investigating Topamax cases, and invites individuals and families to explore their legal options in a gratis legal evaluation.

The personal injury litigation firm, Carey Danis & Lowe, represents those who have been harmed by defective drugs, and imparts their thoughts on the future of certain defective drug cases in light of the recent verdict in a Philadelphia court hearing a Topamax case known as Gurley v. Ortho-McNeill-Janssen Pharmaceutical, case no. 110502251, Court of Common Pleas, Philadelphia County, Pennsylvania.

According to Bloomberg*, the jury reached a verdict ordering Janssen Pharmaceutical to compensate the plaintiff, the Gurley family, in the amount of $11 million.

As a national law firm providing legal services in personal injury cases such as those pertaining to the anti-epileptic drug Topamax, Carey Danis & Lowe is optimistic about the future of such cases, especially those that present a strong, powerful, and compelling case in court.

In building these kinds of cases, it is important to note that, when the court hands down a ruling in the plaintiff's favor, credit must be given to both the plaintiff's own story, as well as the evidence presented by the legal counsel to support that story. Such is the foundation for a strong legal argument, according to Carey Danis & Lowe attorneys.

Additionally, part of the Carey Danis & Lowe team is a group of nurses and medical experts available to answer questions from families with questions about Topamax and patient health and safety.