Chou, who is at the forefront of Catalytic’s innovative no-code SaaS automation platform, is recognized as a leader in Chicago’s tech scene 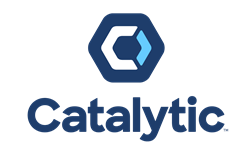 “I’m honored to be named one of Chicago’s top 50 tech leaders. I couldn’t be more proud of my team and the work we’re doing at Catalytic,” said Sean Chou, CEO and co-founder of Catalytic.

As Catalytic has grown over the past five years, Chou has remained steadfast in his vision to create a truly no-code platform that makes automation accessible to all, increases operational agility and allows employees to focus on their most meaningful work, rather than the monotonous. This vision has positioned Catalytic as a trusted partner to companies looking to evolve into a leaner, faster and more digitized version of themselves.

“I’m honored to be named one of Chicago’s top 50 tech leaders. I couldn’t be more proud of my team and the work we’re doing at Catalytic,” said Chou. “By augmenting human capabilities with technology like automation, people are free to refocus their efforts and use their intelligence, creativity and relationship-building to achieve unrivaled business outcomes.”

The Tech 50 from Crain’s Chicago Business shines a spotlight on the names the Chicago technology community needs to know. Since its inception, nearly 400 industry leaders, experts and visionaries have joined the ranks of the Tech 50 each year. For its 10th edition this year, the Tech 50 chose those individuals with an eye toward making a lasting impact within their respective industries.

On average during the first six months of use, Catalytic customers build more than 50 automations, saving them 34,482 work hours and $1.54 million in operating costs. This is largely due to Chou’s leadership and goal to be the easiest-to-use process automation platform that streamlines business operations.

Under Chou’s direction, Catalytic has secured a total of $41.5 million in funding since its founding in 2015, including a $30 million investment last year led by Intel Capital. In 2019 alone, the company tripled its revenue and grew its monthly active user base by 252%.