Entering its 20th year, Automation Alley's positive economic impact can be felt more than ever, as it energizes growth opportunities for member companies and their partners in serving as Michigan’s Industry 4.0 knowledge center. 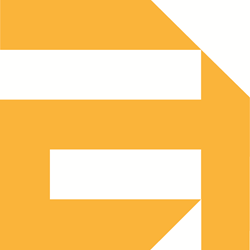 2019 marks Automation Alley’s 20th anniversary as a critical driver of economic development and technology innovation in the state of Michigan. The nonprofit technology and manufacturing business association will celebrate this milestone throughout the year with new programming, event options and trade missions planned for the Hannover Messe trade show, the Paris Airshow and Hong Kong, China.

Entering its 20th year, the organization’s positive economic impact can be felt more than ever, as it energizes growth opportunities for member companies and their partners in serving as Michigan’s Industry 4.0 knowledge center. Since its founding in 1999, Automation Alley has grown from a Southeast Michigan-centric membership organization to attracting businesses both large and small across the state. Relying on guidance from its longstanding members, including General Motors, Ford and FCA, the organization has brought on other Industry 4.0 companies including Robert Bosch LLC, Accenture, Manpower Group, Soft Robotics and more.

“Automation Alley has had many landmark achievements in its 20-year history. As technology continues to change the way we live and work, our organization has responded strategically and aggressively,” said Tom Kelly, Automation Alley’s executive director and CEO. “Our crowning achievement, spawned largely by our comprehensive assessment of member needs moving forward, is Automation Alley’s reinvention from a highly effective networking business accelerator into a leading knowledge center and sought after resource for Industry 4.0. At the same time, we have expanded our long-popular trade missions, with 2018 marking $1 billion in export sales for Michigan companies as a result of trade mission and export activities.”

The concept of Industry 4.0 encompasses manufacturing digitization in its broadest sense and Kelly says Michigan is poised to win the marketplace as Industry 4.0 leaders.

“I often refer to Industry 4.0 as the digitization of everything, because it’s so expansive. It’s where the digital meets the physical and includes robotics, artificial intelligence, sensors, virtual and augmented reality, additive manufacturing (3-D printing), cybersecurity and big data – and that’s not an all-inclusive list,” Kelly said. “What it means for Michigan as a manufacturing leader is incorporating these myriad technologies onto the plant floor to create smart factories. As a state, we need to own Industry 4.0—and mobility—to secure our future for auto and manufacturing industry leadership.”

In recent years, Automation Alley has introduced a robust variety of events and initiatives to help companies better understand and implement Industry 4.0 concepts and technologies into their operations. Popular new offerings include the Tech Takeover event series focused on member capabilities and technology innovations, Industry 4.0 business assessments for comprehensive Industry 4.0 readiness, and Integr8: The Industry 4.0 Conference. The Detroit-based conference, launched in 2017, is a global gathering of Industry 4.0 professionals and thought leaders that includes a smart technology expo, breakout sessions and keynote presentations. The event attracted nearly 800 participants in 2018; due to ticket demand, the conference is moving from the Renaissance Center to the Cobo Center in 2019.

Automation Alley has also formed an Industry 4.0 academic partnership with several leading colleges and universities across the state to conduct research for its annual Technology in Industry Report. The 2018 report, with a new format and deeper analysis, is a 100-page comprehensive look into the smart technologies driving Industry 4.0, including action items for successful integration. Following the 2018 Technology in Industry Report, the widely respected, Switzerland-based World Economic Forum reached out to Automation Alley to collaborate on a variety of Industry 4.0 initiatives; that relationship will continue to expand in Automation Alley’s 20th anniversary year, as will other programming opportunities, including training and education discounts for members.

In 1998, members of the Southeast Michigan business community approached Oakland County Executive L. Brooks Patterson with concerns about a shortage of technical workers in Oakland County. In response, Patterson hired the Anderson Economic Group to conduct a study that revealed there were about 127,000 technical jobs in Oakland County alone and 300,000 in Southeast Michigan, numbers that compared favorably to Silicon Valley and other national technology hubs at the time.

Patterson traveled to Silicon Valley to better understand the business of technology and how it impacted the surrounding region. That visit confirmed his desire to create Automation Alley. He appointed then Oakland County Deputy Executive Ken Rogers to lead the charge.

“Automation Alley is a true success story, from a regional startup to a global leader of Industry 4.0 recognized by the World Economic Forum,” said Kelly, who took over leadership at Automation Alley when Rogers retired in 2016. “It’s an exciting time for Automation Alley and we look forward to continued growth both as an organization and for the companies we serve.”

Automation Alley through the years:

2018: Automation Alley reaches $1 billion in export sales for Michigan companies as a result of trade mission and export activities

About Automation Alley
Automation Alley is a nonprofit technology and manufacturing business association and Michigan's Industry 4.0 knowledge center, with a global outlook and a regional focus. We connect industry, academia and government to fuel Michigan's economy and accelerate innovation. We offer programs and services in business growth, entrepreneurship, talent development, defense and international business, providing resources and knowledge to help our members grow and prosper in the digital age.

Our Mission
The mission of Automation Alley is to position Michigan as a global leader in Industry 4.0 by helping our members increase revenue, reduce costs and think strategically during a time of rapid technological change.