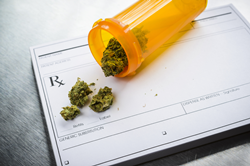 If you are intoxicated in any way or your judgment is impaired whether that is by medical marijuana, alcohol, prescription or other drugs, do not get behind the wheel of an automobile. Second, you should never exceed your medical marijuana limit.

Central Florida Bonding announces their newest article entitled “Medical Marijuana and Driving in Florida.” This Orlando, Florida bail bonds agency encourages everyone to be aware of the implications that can occur when mixing medical marijuana and driving on the Florida roadways.

Hadi Khouri, owner of Central Florida Bonding, states, “The use of medical marijuana by patients has become increasingly popular in recent years. Smoking or consuming marijuana will impair motor skills and under Florida law, marijuana is still a controlled substance, which means using it and getting behind the wheel is still illegal and can result in a Driving Under the Influence arrest with penalties that are just as severe as if you were arrested for a DUI involving alcohol.”

It’s true that driving under the influence of marijuana is illegal in every state, Khouri stated. In Florida one can have medical marijuana in their vehicle, however, both drivers and passengers must never use marijuana in a vehicle, even if a person has obtained it using a physician's prescription. Lawmakers advise not driving if one has smoked Marijuana Flower, vaped Marijuana Concentrates, administered THC Tincture, or taken marijuana in any other form, such as in an edible. Non-psychoactive CBD products are safe to take if they contain 0.3 percent THC or less.

In their newest article Central Florida Bonding offers answers to additional frequently asked questions regarding medical marijuana and driving, some of them include:

Can I still get pulled over?
If you’re caught driving under the influence of any drug, you will likely face consequences. In addition to being charged with DUI, you could also face penalties for possession of drugs and paraphernalia.

Will my insurance rates go up?
It’s possible that your insurance premiums might rise as a result of medical marijuana.

These tips and more can be accessed online at: https://cfborlando.com/medical-marijuana-driving-in-florida/

Khouri adds, “While some parts of the law do need to catch up to the use of medical marijuana, other parts are quite clear. First and foremost, if you are intoxicated in any way or your judgment is impaired whether that is by medical marijuana, alcohol, prescription or other drugs, do not get behind the wheel of an automobile. Second, you should never exceed your medical marijuana limit.”

Central Florida Bonding has bailed clients out of jail for numerous charges such as DUI, boating while intoxicated (BUI), driving while intoxicated, road rage, identity theft, and more. To start the bail bond process, defendants should call 407-841-3646. Central Florida Bonding is licensed to post bail throughout the state of Florida and with affiliated agencies across the United States.

A bail bond agent is available 24 hours a day, 7 days a week, and 365 days of the year. All of the bail bond agents at Central Florida Bonding are experienced, knowledgeable and licensed. They are ready to assist with paperwork, can explain the ins and outs of the bail bond process, and can answer questions regarding the criminal justice system.

This Orlando bail bond agency serves all of Central Florida including Orange, Seminole, Osceola, Volusia, and Lake Counties. Defendants have benefited from the expertise of Central Florida Bonding since 1979. Khouri states, “We have been helping Central Floridians for many years. We can help you too! Please rely on our experience and expertise to guide you through this stressful experience.”