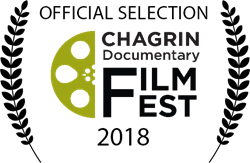 It has been our founding mission to empower talented filmmakers. We are proud to share their stories with our enthusiastic and engaged audience.

The 9th Annual Chagrin Documentary Film Festival will screen 89 films during its annual event, October 3-7, at venues in and around Chagrin Falls.

The selected documentaries represent the work of filmmakers from 31 countries and focus on a wide range of thought-provoking topics. The presenting sponsor of the Festival is Cohen and Company, a nationally-recognized accounting firm.

Multiple festival winners have been nominated for Academy Awards, while the festival itself has been named one of MovieMaker Magazine’s “Top 50 Film Festivals Worth the Entry Fee” for a sixth consecutive year. The magazine credits the remarkable welcome which the Festival, and entire community, extends to visiting film directors.

“We are honored to present this compelling slate of documentaries at the 2018 festival. We’re excited to share these important issues and inspirational stories with our audience.”, said Festival Director Mary Ann Ponce, who founded the festival in 2010 to honor her son, David. “We are thrilled to be welcoming more than 70 filmmakers and subjects to the Festival.”

Film buffs will be able to choose documentaries from the following categories this year:

Emerging Filmmaker:
“This category reflects our commitment to giving a voice to the first time filmmaker,” said Ponce. “It has been our founding mission to empower talented filmmakers. We are proud to share their stories with our enthusiastic and engaged audience.”

Feature Documentaries:
These films include documentaries on any subject which are longer than 40 minutes in length.

Human Spirit:
This category celebrates stories of those who are met with seemingly insurmountable challenges, and yet overcome. They are meant to inspire all of us. The films include:

International Documentaries:
This category includes films which are either filmed outside of the US or highlight an important international issue. Accepted films include:

Local Interest:
The stories which focus on our own backyard, Ohio, will engage local history buffs or just those filmgoers who are proud of their home state. These films include:

Social Awareness Documentaries:
These films cast a light on current and compelling issues meant to raise social awareness. These films include:

Short Documentaries:
This category includes films on any subject matter with a length of less than 40 minutes. These films include: