Cheerleading’s most sought-after music producer Patrick Avard extends a public congratulations to the participating teams and Champions of the 2021 CHEERSPORT Nationals. One of competitive cheer’s largest events of the season, The CHEERSPORT Nationals featured teams across the country to perform head-to-head – many of them using custom-made mix tracks from Patrick Avard’s CheerMusicPro. 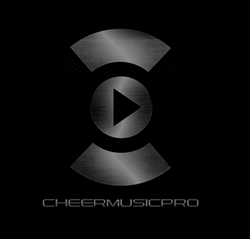 Participating teams worked tirelessly to bring their A-games to the competition, and they did not disappoint. They should be applauded for the incredible talent they brought to their showcasings.

Music producer Patrick Avard, known professionally as cheerleading’s CheerMusicPro, would like to officially extend a public congratulations to all participating teams of the 2021 Cheersport Nationals.

Taking place in Atlanta, Georgia at the Georgia World Congress Center, nearly 800 teams participated in this year’s event, with some of the nation’s top names taking center stage to compete for a bid in the 2021 Cheerleading Worlds.

Many of the Championship teams participating in the event sought the musical talents of CheerMusicPro, helping them develop their unique routines over the producer’s signature hard-hitting tracks:

Also working with CheerMusicPro, Top Gun TGLC and ATA Atomic were named among teams to receive full-paid bids to the 2021 Cheerleading Worlds.

“I and so many others working in the cheerleading industry were glad to see such a safe and successful event at this year’s 2021 CHEERSPORT Nationals,” said Patrick Avard (AKA CheerMusicPro). “Participating teams worked tirelessly to bring their A-games to the competition, and they did not disappoint. They should be applauded for the incredible talent they brought to their showcasings.”

“I’m proud to have worked closely with many of these teams in my capacity as CheerMusicPro to make sure that their individual music selections carried the same energy and passion as their routines,” Patrick Avard added.

Since 2004, CheerMusicPro has been known as competitive cheerleading’s top music producer and regarded as the pioneering voice responsible for pushing cheer music into the mainstream. The producer has worked with countless teams over the years to produce highly personalized tracks for individualized performances. After widespread demand, CheerMusicPro recently released two commercial albums – “No Boys No Problem,” and “#SQUAD” – available now on all major streaming platforms.

About Patrick Avard
Patrick Avard is an entrepreneur and top music producer for the competitive cheerleading industry. Known by his producer name CheerMusicPro Avard has helped establish cheer music as its own genre and has popularized the music of the sport to an outside market. With his team at New Level Music in Atlanta, Georgia, Patrick Avard continues to expand the footprint of music production in the cheer industry and crafts custom-tailored mix tracks for the largest cheer programs in the United States. Learn more about Patrick Avard at http://www.patrickavard.com

About CheerMusicPro
CheerMusicPro (Patrick Avard) is a pioneering and leading music producer in the competitive cheerleading industry. With over twenty years' experience in the industry, CheerMusicPro has become the go-to name in producing top-level custom tracks for cheerleading programs across the United States. CheerMusicPro tracks have been used by 168 teams who have won medals at the cheerleading World Championships, and his custom-tailored tracks have also helped 65 world champion teams take home gold. Learn more at http://www.cheermusicpro.com