Aguh Appointed Chief Innovation Officer at the US Department of Labor 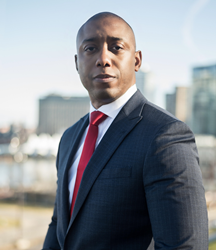 On January 20th 2021, Chike Aguh departed the board of directors of Baltimore’s Code in the Schools. On the same date, he was appointed as the Chief Innovation Officer at the United States Department of Labor.

Aguh had served on the board of Code In The Schools since 2013. The mission of Code in the Schools is to empower Baltimore City youth to thrive in the 21st century economy by expanding access to quality computer science education and building pathways from school to jobs and higher education. By focusing on youth traditionally under-represented in technology fields, we work to eliminate structural barriers and inequities in education and industry. Since its founding, the organization has served thousands of Baltimore area youth with direct computer science training, access to internet, provision of hardware and training for teachers.

In a social media post in response to Aguh’s announcement of his new role, Code in the Schools responded: “We are so fortunate to have you as part of our organization…We all will miss you and wish you all the best!!”

Chike holds degrees from Tufts University (B.A.), Harvard Graduate School of Education (Ed.M), Harvard Kennedy School of Government (MPA), and University of Pennsylvania's Wharton School (MBA). He is a Presidential Leadership Scholar; past Council on Foreign Relations term member; 40 under 40 honoree from Wharton and the Washington Business Journal; and former board member of the Harvard Kennedy School Alumni Board.

He has served as a Technology and Human Rights Fellow at the Harvard Carr Center for Human Rights Policy where he focused on the future of work and racial equity, Venture Partner at Maryland-based New Markets Venture Partners where he focused on workforce technologies, member of the Council on Foreign Relations’ Future of Work Taskforce, and frequent guest speaker at the University of Maryland School of Public Policy.