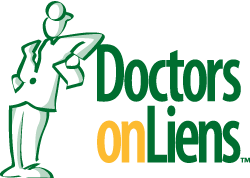 Doctors on Liens has announced the addition of Patel Chiropractic in South San Francisco to its growing network of doctors in Northern California.

Doctors on Liens has announced the addition of Patel Chiropractic, directed by Dr. Naeem Patel, DC, QME, IDE, to its growing network of doctors in Northern California. Specializing in auto accidents, non-surgical disc treatments, personal injury and work and industrial injuries, Patel Chiropractic, like all Doctors on Liens locations, works on a lien basis to provide comprehensive care to workers’ compensation and personal injury victims.

Dr. Patel graduated Cum Laude from Life West Chiropractic College of in Hayward and achieved the coveted Clinic Excellence in Care Award before starting his own private practice in 1996. Now, with over twenty years of experience under his belt, Dr. Patel is a Graduate of the esteemed Parker Research Foundation and is certified as an Industrial Disability and Qualified Medical Evaluator in the state of California. Dr. Patel has a stellar reputation in the med-legal community based in no small part on his work in private practice and his formal training.
Receiving treatment after an injury can often be overwhelming for patients, but the team at Patel Chiropractic make the med-legal process much easier by offering:

Says Doctors on Liens President, Samantha Parker, “Our expansion into Northern California has been a very exciting time for us. We’re continually recruiting the most qualified doctors in the Northern California area that will treat on a lien. After working diligently for the past two years, our extensive search has produced doctors in San Francisco, San Jose, Oakland, Palo Alto, and other Bay Area cities further ensuring that accident victims in Northern California can always get the care they so desperately need.”

Doctors on Liens is an innovator in the medical lien specialty referral industry and has forged close relationships with both legal firms and medical practices over the past 20 years. Doctors on
Liens features medical specialties including board certified orthopedic surgeons, neurologists, general practitioners, psychologists, and chiropractors. Each medical office is independently owned and operated and all appointments can be conveniently scheduled directly with the facility.