Chlorophyll Water was enjoyed by diplomats, officials and yoga gurus within the General Assembly Chamber at the United Nations 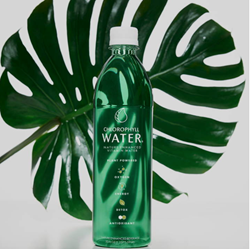 There is growing discourse among the global community that yoga can be one of the tools in our collective quest for promoting sustainable development and lifestyles in harmony with nature.

Chlorophyll Water was selected by the Permanent Mission of India to be the Official Water served at the United Nations for International Yoga Day 2019.

International Day of Yoga, unofficially referred to as Yoga Day, is celebrated annually on the summer solstice, June 21st. The day was declared unanimously by the United Nations General Assembly.

Marking the International Yoga Day, the United Nations held a series of events highlighting the benefits of this ancient physical, mental and spiritual practice that originated in India and how they can be applied to the problems the world faces today. Chlorophyll Water was exclusively served within the General Assembly chamber at the United Nations.

Over 2,000 guests, including diplomats, officials and yoga gurus participated in the Yoga Day festivities within the General Assembly chambers.

Yoga enthusiasts sipped on Chlorophyll Water and listened to Deputy UN Secretary-General Amina Mohammed explain how yoga can help the world, especially in these troubled times, by inspiring the adoption of a sustainable lifestyle to help fight climate change and by promoting tolerance and peace. Addressing the General Assembly chambers, Deputy Mohammed said: “The essence of yoga is balance not only within us, but also in our relationship with humanity, with the world. As such, yoga can promote solidarity, social integration, tolerance, justice and peace. It teaches us a holistic vision of the world encouraging us to live in harmony with ourselves, society and nature.”

With “Yoga for Climate Action” as this year’s theme, Deputy Mohammed explained why yoga has been, “A valuable contribution in addressing climate change, the defining issue of our time, by inspiring us to shift away from the unsustainable practices towards inclusive green growth, conscious consumption and much more sustainable lifestyles.”

Indian Prime Minister Narendra Modi said in a video message that, “The global importance of yoga is not just can it unite the body, mind and soul on a personal level, it can also unite the world.”

India’s Permanent Representative Syed Akbaruddin noted that the International Yoga Day was born in the General Assembly through a resolution adopted by the delegation in 2014. “There is growing discourse among the global community that yoga can be one of the tools in our collective quest for promoting sustainable development and lifestyles in harmony with nature,” he said. “I hope this indoor yoga session in our General Assembly hall, the first of its kind, will reinforce values of cleaner, greener and more sustainable future that all of you yogis are committed to.”

Celebrated yoga instructor and pranic healer Sunaina Rekhi of Mumbai’s Yoga Gallery received roaring cheers as she led the audience through a freewheeling practice of joyous yoga with jumping in place and feet stomping. She also showed the audience how to relieve stress, decompress, and relax. Swami Paramananda of the Sivananda Yoga Vedanta Centre, and Kevin Tobar from the Bhakti Centre led chants and yoga exercises adapted for practice in confined spaces like offices.

Chlorophyll Water comes in 20 fl. oz bottles that are BPA-Free, Non-Toxic, and 100% recyclable. They are packaged in recycled paper, sold in cases of 12. Chlorophyll Water is a member of the National Waste & Recycling Association, National Recycling Coalition, New York State Association for Reduction, Reuse & Recycling and a proud partner of Green America, Green Business Bureau, National Wellness Institute, PETA Business Friends, Plant Based Foods Association and the Wellness Council of America. Chlorophyll Water supports the following charitable causes: City Harvest, Food Bank of Eastern Michigan, and Movemeant Foundation. Each Chlorophyll Water community member also has the ability to donate cases to those charitable foundations within the donation platform built out on our website as well.

According to the UN:
Yoga is an ancient physical, mental and spiritual practice that originated in India. The word ‘yoga’ derives from Sanskrit and means to join or to unite, symbolizing the union of body and consciousness. Today it is practiced in various forms around the world and continues to grow in popularity. Recognizing its universal appeal, on December 11, 2014, the United Nations proclaimed June 21 as the International Day of Yoga by resolution 69/131. The International Day of Yoga aims to raise awareness worldwide of the many benefits of practicing yoga.