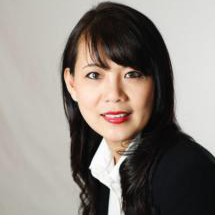 The Institute for Building Technology and Safety (IBTS) is pleased to announce that its Director of Federal and State Programs, Christine Tsai, was recently appointed as the Deputy Program Director for the Society of American Military Engineers (SAME) Northern Virginia Post.

SAME is a nonprofit professional engineer association, headquartered in Alexandria, Virginia. The association was founded in 1920 with a mission to promote and facilitate engineering support for national security by developing and enhancing relationships and competencies among uniformed services, public and private sector engineers, and related professionals. The Northern Virginia Post is one of about 105 posts located throughout the United States and overseas.

In her nearly 30-year career, Ms. Tsai has served in various technical and managerial positions in a number of large, nationally and internationally ranked engineering and consulting firms. She managed and implemented mission-critical task orders for the Department of State, Bureau of Overseas Buildings Operations (OBO), Naval Facilities Engineering Command (NAVFAC), US Army Corps of Engineers (USACE), Department of Homeland Security, Veteran Affairs, and Department of Transportation.

For more than a decade, she has been actively serving SAME and the Small Business Council to strengthen the military engineering enterprise, foster military and civilian engineering interaction, and help grow the careers of future engineers. Ms. Tsai’s passion is mentoring young and future members, specifically focusing on increasing the diversity of the workforce. As an immigrant and a female engineer, she is able to reach out and connect effectively with underrepresented groups.

“I am honored to serve SAME in this new capacity on the Northern Virginia Post,” said Christine Tsai. “I look forward to building new relationships within the engineering community and to expanding SAME to anyone working in the Department of Defense and federal space.”

Prior to her recent appointment, Ms. Tsai served as Post President for the Hampton Roads Virginia Post and received the SAME Regional Vice President’s Medal for her outstanding service to the Society. In her new role, she is responsible for planning and executing the monthly program for the Northern Virginia Post.

About IBTS
IBTS is a 501(c)(3) nonprofit organization committed to helping communities through quality services that reduce risk, enhance public safety, and improve quality of life. IBTS is headquartered in Ashburn, Virginia with branch offices across the country. IBTS’s work is guided by a Board of Directors made up of government officials appointed by five of the most highly respected, grassroots, state and local governmental associations, including the Council of State Governments (CSG), International City/County Management Association (ICMA), National Association of Counties (NACo), National Governors Association Center for Best Practices (NGA Center), and National League of Cities (NLC).