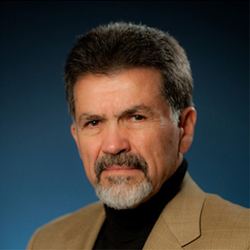 Rodriguez and Williams are two of the most well-respected and experienced intelligence, counterintelligence, and counterterrorism experts in the world. In their respective roles as leaders, both men reached the pinnacle of their careers in service of our country. Appointing such revered and knowledgeable board members underscores LifeLine’s investment in global security leadership, as well as our commitment to growth and developing further bench strength on foreign policy and geopolitical issues.

Peter Cahill, CEO of Kinetic Global, said, “Jose Rodriguez and Kevin Williams offer operational and situational prowess that has elevated them as thought leaders at the Central Intelligence Agency and US Navy SEAL Teams, respectively. The nature of our work at Kinetic Global entails operating in complex environments globally, as well as utilizing AI technology and ground assets to provide threat intelligence, personal safety, and travel security. Acumen in foreign policy and geopolitical issues is not a ‘nice to have.’ Rather, it is an absolute essential to any enterprise that needs to monitor and respond to crises affecting its workforce. Both men contribute strength and knowhow to an already robust bench. Jose & Kevin have incredible depth on these issues—among many others—and have truly distinguished themselves as the best of the best. I welcome these patriots with reverence.”

Jose Rodriguez is a 31-year veteran of the Central Intelligence Agency. When he retired in January 2008, he was the director of the National Clandestine Service—the head of all human clandestine operations for the CIA—and was also responsible for the coordination of human operations for the entire US intelligence community. In addition, Jose was director of the CIA’s National Counterterrorism Center, where he led the worldwide intelligence collection programs and covert action operations against international terrorist organizations following the attacks on 9/11. Upon his appointment to the board, Rodriguez said, “It’s my honor to be named as an advisor to Kinetic Global. The work they are doing on identifying the signals of imminent threats and delivering these in a targeted and optimized manner is actionable intelligence that supersedes legacy collection methodologies and will be industry standard.”

Kevin Williams spent 12 years serving as an officer in the US Navy SEAL Teams, where he led SEAL and coalition forces during seven deployments worldwide in support of the Global War on Terrorism and other foreign policy objectives. At the service of the United States Naval Special Warfare Development Group (NSWDG), commonly known as DEVGRU or SEAL Team SIX, Kevin led a 35-man assault troop, which executed five deployments in support of Operation Enduring Freedom and other national-level missions. Prior to that, Kevin served as a platoon commander and operations officer of SEAL Team THREE. He currently serves as a managing partner of Arteryx Capital Partners, a private equity firm that provides long-term capital to growth-stage companies. Williams said, “The global and geo-political risk in both the private and government sector is escalating. Being mission ready in order to navigate that landscape is at a premium. Kinetic Global is developing and delivering Tier 1 technology and service fully capable of predicting and defeating these threats. I’m honored and excited to join the team.”

As of zero dark, Rodriguez and Williams began their tours as members of the board—and we could not be prouder to have them join the ranks. To learn more about these ordinary men that have accomplished the extraordinary visit us at http://www.kineticglobal.com to learn more.