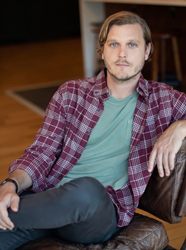 We were elated when the opportunity arose to acquire Beluga Heights for two reasons; the caliber of the three individuals involved and the fantastic talent they have signed over the years.

Cinq Music Group, the tech-driven indie record label, distribution, and rights management company, has acquired JR Rotem’s Beluga Heights joint venture with Warner Records. Part of the deal includes the Jason Derulo catalog, as Derulo was an artist on Beluga Heights/Warner records. The announcement was made by Jason Peterson the CEO of Cinq-parent GoDigital and Cinq cofounder and President Barry Daffurn. Details of the purchase were not disclosed, although Peterson confirmed the acquisition was the largest in the company’s history, surpassing the eight-figure deal in 2017 to acquire rapper T.I.’s catalog.

The Beluga Heights label, founded in 2006 by record producer/songwriter J.R. Rotem, brother/A&R exec Tommy Rotem, and manager Zach Katz, is known for developing such popular artists as Derulo, Sean Kingston and lyaz. In August 2008, the trio formed a joint venture with Warner Records and the newly-formed JV became home to Derulo, Iyaz, and Auburn. JR Rotem has remained a top-tier producer on his own since the Beluga Heights label ceased operation in 2010.

“Zach Katz has been a friend and mentor for many years,” says Peterson. “We were elated when the opportunity arose to acquire Beluga Heights for two reasons; the caliber of the three individuals involved and the fantastic talent they have signed over the years. We are grateful that they decided to support independents by selling to an independent.”

Singer, songwriter and dancer, Jason Derulo has sold over 190 million singles worldwide, with eleven songs going platinum. When Beluga Heights became part of the Warner Music Group, Derulo released his debut single "Whatcha Say" in 2009. It sold over five million digital downloads, gaining an RIAA certification of triple Platinum, and reaching number 1 in the U.S. and New Zealand. Derulo released his second single, "In My Head", in December 2009 and his debut studio album, Jason Derulo, followed in March 2010. He released his second album, Future History in September 2011; the album was preceded by the release of the UK number-one single "Don't Wanna Go Home.” Derulo's third international album, Tattoos, was released in September 2013 and later repackaged as his third U.S. album, Talk Dirty, released in April 2014. In 2015, Derulo released his single "Want to Want Me" and recorded his fourth studio album, Everything Is 4, released in June 2015.

This year, Derulo continues to rule the charts, last month releasing “Savage Love (Laxed - Siren Beat)” with music producer Jawsh 685. The song reached 31 on the Billboard Hot 100 (US), fifth in Canada (Canada Hot 100) and peaked at #1 both in the United Kingdom (Derulo’s fifth no.1 single) and in Australia (ARIA charts) two straight weeks.

“What Jason (Derulo) has been able to do for such a long time is incredible,” says Daffurn. “He was with Warner Records for 12 years, has hits spanning that entire time period, and continues to make hit records today. When I first moved to LA to pursue a career in music, Beluga Heights owned the charts - to be a part of the story with Jason Derulo, and the Beluga Heights team, is an honor.”