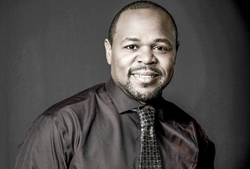 TRAPT is an uncompromising rock band embraced by millions of fans in these tense and anxious times, I’m so excited to make them my first project at Cinq.

Indie distributor, label and publisher Cinq Music has partnered with Multi-Platinum American rock band TRAPT to release a new single with visionary rapper An0maly. The signing and new song were announced by Cinq Senior VP of A&R Marcus Spence. Titled, COME TOGETHER, the single, along with accompanying video will be available Friday, November 16 on all major digital music outlets. TRAPT’s previous label was Warner Bros.

“TRAPT is an uncompromising rock band embraced by millions of fans in these tense and anxious times,” says Spence. “Their song catalog is strong and passionate, yet always full of reflection. The band’s inspiring lyrics and powerful message promote positive change through music. I’m so excited to make them my first project at Cinq.” TRAPT is probably best known for their 2002 hit ‘Headstrong,’ which topped the Billboard rock chart and peaked in the Top 20 of the Billboard 200.

According to TRAPT founder and frontman Chris Taylor Brown, the new song COME TOGETHER is a unifying anthem for the US, and possibly the world. “Come Together is all about love and positivity,” says Brown. I am tired of the hate, division, and negativity in America. I wanted to make a song that would hopefully unite and help the great American society at large. Adds An0maly, “This song is aimed at reminding people that regardless of their skin color, religion, or political beliefs, life would be better for all of us if we stop being so divisive, nasty and stubborn.”

About Cinq:
Cinq Music is a technology driven distributor, record label and rights management company. Cinq’s repertoire has won four Grammy awards, dozens of Gold and Platinum RIAA certifications, numerous number one chart positions on the Latin Urban and Tropical Billboard charts and was nominated for Latin Rhythm Label of The Year at the 2016 Latin Billboards. http://www.cinqmusic.com. Cinq Music is a GoDigital Media Group company http://www.godigitalmg.com