Cleanliness is Still Name of the Game; Food and Service Sentiment Pick Up Strength in March

Restaurant sales on the rebound and guest sentiment saw strong signs of improvement; especially for "food" and "service". The March 2021 Restaurant Guest Satisfaction Snapshot by Black Box Intelligence™ has been published. 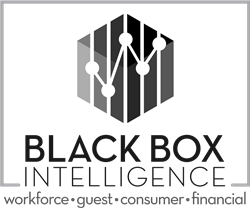 March was a good month for restaurants, especially considering what the industry has gone through over the last year. Of course, as was expected, year-over-year same-store sales growth skyrocketed as we lapped over the first month that was hurt by the pandemic at the national level. More encouraging and somewhat unexpected news for the industry was that same-store restaurant sales during March were higher than they were during March of 2019 and the first time in over a year that 2-year sales growth was positive.

Has the industry fully recovered and come back to its pre-pandemic performance? Well, on one hand, restaurant guest counts are still lagging sales on the road to recovery by a wide margin. Same-store traffic was down during March on a 2-year comparison basis. Although traffic growth showed signs of improvement, numbers still are far from what they were in 2019. On the other hand, it may be too early to tell if sales can sustain positive 2-year growth consistently, or if March’s strong results are the mostly the result of the unleashing of significant consumer pent-up demand fueled by stimulus checks and the arrival of warmer weather.

Restaurant guest sentiment is also showing signs of strength in recent months. For March, online reviews and mentions centered primarily on restaurant food became almost 7 percentage points more positive than in March of 2019. As would be expected, considering the second half of March 2020 was already suffering the negative effects of the pandemic, “food” sentiment showed an even bigger improvement when compared year over year.

Since October of 2020, over 50% of all food-centered reviews have been classified as positive each month, a considerable improvement from the 34% that were flagged as positive last April at the height of the pandemic effect.

Restaurant “service” is also being rated more positively. Of those restaurant reviews based on service, the percentage classified as positive improved by 4.2 percentage points compared to March of 2019. Guests were more forgiving when it came to service, especially when they saw restaurant employees follow the proper health and cleanliness procedures. After a dip in the period between March and May, over 50% of all service-related reviews have been classified as positive every month since June 2020.

Since the beginning of the year restaurants have been experiencing swift recovery in their sales. Q1 2021 was the best quarter for the industry based on 2-year same-store sales growth in over a year. Digging deeper within this recovery’s sales numbers reveals a wide range of performance between restaurant brands. Looking at how top performing restaurant brands were perceived by their guests enlightens in terms of what they seem to value the most when experiencing those restaurants.

Back in Q1 of 2020, before COVID-19 was in our collective minds and it was business as usual for most restaurants in the country, “food” was the attribute that had the most positive net sentiment among top performing restaurant companies in both limited-service and full-service.

A year later, in Q1 of 2021, the attribute with the highest net sentiment scores among top performing restaurant brands in limited-service was “ambiance”. Over the last year, changes in “ambiance” sentiment have typically been associated with “cleanliness” sentiment. Comments from guests frequently touch upon “clean” and adherence to health and cleanliness protocols by employees. Strong “ambiance” scores among top performing restaurants highlights the importance of this component to the restaurant experience, even in a predominantly off-premise, convenience-driven environment such as limited-service.

For full-service restaurants, “service” emerged as the attribute with the strongest net sentiment among top performing brands. Dine-in sales accelerated throughout the quarter as consumers increasingly felt comfortable going out to eat again as new cases of the virus dropped, vaccines were quickly rolled out and they had more money in their pockets because of government aid.

As guests return to dining in at restaurants, particularly in full-service, attention is once again on the sense of human connection and personal attention that elevates the restaurant experience beyond providing food or beverage.

Among the larger metropolitan areas of the country, Raleigh emerged with the most positive guest sentiment based on restaurant “food,” “service” and “intent to return.” Orlando, which usually leads guest sentiment in several categories each month has run into some challenges during March.

But a larger story is the strong, positive guest sentiment shown by Los Angeles during the month. The aftermath of the huge COVID spike at the end of last year meant restaurant restrictions have been tighter and held in place longer than most of the country. As a result, restaurants there have been hit hard by the crisis. Among the largest 25 DMAs in the country, the three with the biggest restaurant traffic loss in March on a 2-year comparison basis are all in California: San Francisco, Los Angeles and Sacramento.

Nonetheless, as restaurants continue their path to fully reopen and recover, guests in Los Angeles were the most positive among large cities based on their reviews on restaurant “ambiance” and “value.” Furthermore, Los Angeles also had the second-highest guest sentiment based on restaurant “food,” “service” and “intent to return.”

“Ambiance” in particular is interesting given its connection to “cleanliness,” which has stood out over the last twelve months as a key component of guest satisfaction. Besides Los Angeles, the four DMAs with the strongest “ambiance” sentiment during March also included San Francisco and Sacramento. As restaurants there expand their operations on the road back to “normal” they are being especially careful with the cleanliness aspect of ambiance. Guests have been quick to recognize the effort and rally behind them through positive online reviews and comments.

The Restaurant Guest Satisfaction Snapshot (RGSS) is produced by data from Black Box Guest Intelligence™. Guest Intelligence is tracking over 190 brands to benchmark customer satisfaction and is the only online tool that integrates with operational performance data to validate the impact on financial performance. The data set focuses on six key attributes of the restaurant industry experience: food, service, ambiance, beverage, value and intent to return.

The RGSS algorithm determines the highest ranking brands based on sentiment. Brands included in this monthly snapshot must have a total of at least 250 mentions for the month. Restaurants must have a minimum number of units to be eligible as well. DMA rankings consider only the largest 25 areas.