The Foreign Policy Research Institute is pleased to announce that Clint Watts has been named a Distinguished Research Fellow. 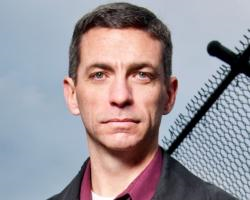 The Foreign Policy Research Institute is pleased to announce that Clint Watts has been named a Distinguished Research Fellow in recognition of his unique contributions to the nation and, for the past ten years, to the work of FPRI, where he has been a senior fellow and a Robert A. Fox Fellow.

Watts has worked at the cutting edge of several key issues affecting US national security -- first, for his work on the influx of foreign fighters into Iraq and Syria, then on the fracturing of Al Qaeda, then on the rise of ISIS and its deft use of social media to recruit jihadis, and most recently on Russian Influence operations to sow distrust in America's democratic institutions.

All of this work is captured in his new book “Messing With the Enemy: Surviving in a Social Media World of Hackers, Terrorists, Russians, and Fake News”, which recounts Watts’ years of work tracking terrorists online and how he stumbled onto Russian trolls in 2014, leading him to focus on Russian influence operations in social media.

As cited by The Washington Post, Watts and his colleagues were among the first to identify and track Russian bots operating through social media campaigns and networks in 2014. He testified about his findings before the Senate Select Committee on Intelligence on March 30, 2017 and his testimony is now a cornerstone of ongoing reporting on Russian bots. He subsequently became an NBC analyst and appears regularly on MSNBC. In August 2017, Watts and his colleagues launched Hamilton 68, a dashboard that tracks real time activity of over 600 monitored Twitter accounts linked to Russian influence operations.

As a consultant and researcher, he models and forecasts the behavior of nefarious state and non-state actors and develops countermeasures to disrupt and defeat them. Before becoming a consultant, Clint served as a U.S. Army infantry officer, an FBI Special Agent on a Joint Terrorism Task Force (JTTF), as the Executive Officer of the Combating Terrorism Center at West Point (CTC) and as a consultant to the FBI’s Counter Terrorism Division (CTD) and National Security Branch (NSB).