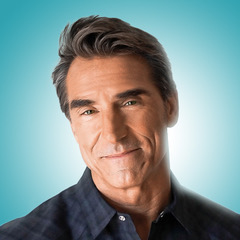 This webinar will focus on that secret and the importance of audio platform advertising, influencers, and copywriting to your advertising response rate.

In the latest in a series of webinars hosted by integrated direct response agency Script to Screen, its Co-Founder and Executive Creative Director Ken Kerry will join with Adcology CEO Greg Cynaumon, Ph.D. to discuss how to create ad copy grounded in behavioral science to generate a return on investment.

This webinar will discuss the transition from radio and podcast to television using the same behavioral science methodology pairing customer profiles and custom creative.

The webinar will focus on:

Kerry serves as Executive Producer and Executive Creative Director at Script to Screen, and his hands-on involvement ensures the highest production values are combined with solid Direct Response principles. He co-founded Script to Screen in 1986, along with his wife, Barbara.

“Have you ever wanted to pick a psychologist’s brain to learn why certain advertising generates a response?” said Kerry. “This webinar will focus on that secret and the importance of audio platform advertising, influencers, and copywriting to your advertising response rate.”

Cynaumon holds a doctorate and master’s in psychology and has written multiple psychology and self-help books ranging from business psychology to dream analysis. He has also hosted an LA-radio talk show on advertising.

About Script to Screen
Established in 1986, Script to Screen is an industry-leading Integrated Direct Response Agency, delivering a single, end-to-end solution for direct-to-consumer sales, lead generation, web traffic and conversions, and retail lift. Specializing in a strategic combination of cost-effective customer acquisition and brand building, Script to Screen has successfully collaborated with entrepreneurs and big brands alike to expand revenue channels and build businesses. Clients such as Keurig, Bare Escentuals, Nugenix, Beachbody, Bose, Comcast, Conair, Esteé Lauder, Guthy-Renker, Wahl, LifeLock, L’Oréal, Nescafé, Nutrisystem, philosophy, Omaha Steaks, SharkNinja, Tria Beauty, AAA, Pfizer are among the major companies that have turned to Script to Screen for creative strategy, messaging and production in all channels both offline and online of their DRTV campaigns.

For more information about Script to Screen, visit http://www.scripttoscreen.com.