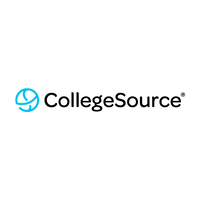 CollegeSource, the higher education industry’s most trusted SaaS provider of transfer solutions and nationwide transfer data, today announced that its Transferology® solution data shows a record high in U.S. higher education student transfer interest since COVID-19 began in the U.S. Nearly 400 colleges and universities nationwide subscribe to Transferology with an 11 percent jump in the subscriber base over the last year.

From March through July 2020, Transferology – the only nationwide open transfer network with comprehensive transfer data – experienced double-digit growth in student searches for transferring their credits to alternate institutions and for course replacements versus the same time in 2019 with an average of 124,105 new searches being performed each month. May 2020 Transferology usage was the highest ever since the application launched in 2014 with nearly 110,000 sessions – up 32 percent from May 2019. More than 1.5 million student accounts exist in Transferology, and over 105,000 new accounts were added during March through July 2020 alone. These findings were among the first wave of CollegeSource’s Semiannual Transfer Market Trends Report.

“The pandemic has fundamentally changed the in-person college experience and has shattered the previously-held notions of transfer pattern trends. As students grapple with decisions around returning to their institutions amidst fluid reopening and in-person learning options, many are evaluating whether to return to their enrolled institution in the fall or transfer to an alternate college or university,” said Kerry Cooper, CEO, CollegeSource. “Having access to flexible options to meet students’ evolving needs is critical for enabling their continued pursuit of higher education credentials and degrees.”

The average overall session time also increased by 15.7 percent, translating to students spending more than nine minutes engaging with the solution, and there are now more than 24 million course equivalencies recorded in Transferology due to a 17.4 percent jump. Additionally, April and May 2020 were record months for the number of student transfer-related inquiries coming from Transferology into individual institutions, topping 700 inquiries during each month.

Transferology is a cloud-based solution that provides student access to millions of course-to-course and program-to-program transfer equivalencies. This information helps assist college advisors, students and parents in making informed decisions when transferring higher education credit. Hundreds of institutions and hundreds of thousands of students across 140 countries use Transferology each year to empower more realistic decisions.