Comparative Politics: A Look at the Tenets of Political Ideologies 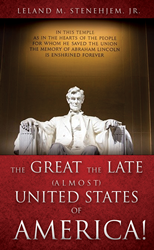 Author Leland M. Stenehjem, Jr. was concerned about the future of the United States if Hillary Clinton had been elected president in 2016.

Author Leland M. Stenehjem, Jr. was concerned about the future of the United States if Hillary Clinton had been elected president in 2016. If that had happened, and if the Democrats had won the Congress, it was the author’s belief that the future of the United States would be in doubt. The tax and spend, heavy regulation, and increase in entitlements philosophy of the Obama administration, along with the failure in foreign affairs policies, would have continued. That would lead to economic disaster and the continuing diminishment of the United States’ influence around the world. With President Trump’s election and the control of the Congress in Republican hands, the Republicans were able to show the electorate the difference between Democrat and Republican control.

Leland M. Stenehjem, Jr., was born in Watford City, ND. He has BSBA and J.D degrees from the University of North Dakota and an LL.M degree from The George Washington University Law School. He was a U.S. Army Captain and a White House Military Social Aide. He held governor-appointed positions as Commissioner of Banking and Director of the Office of Management and Budget for North Dakota. He was President and Chairman of the Independent Community Banks of America. He and his wife Sue have two children and three grandchildren.

Liberty Hill Publishing, a division of Salem Media Group, is a leader in the print-on-demand, self-publishing industry. The Great The Late (Almost) United States of America is available online through amazon.com and barnesandnoble.com.