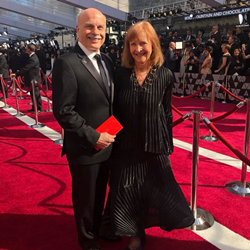 Eisenhardt is an editing instructor for NYFA’s Documentary Filmmaking department. He is a three-time Emmy winner and was previously nominated by the Academy for Best Documentary Short; additionally, he has edited two previous Oscar-winning films: The Divided Trail: A Native American Odyssey and No End In Sight. Eisenhardt also won the American Cinema Editors “Eddie” Award twice, including this year for his work on Free Solo.

Free Solo is the critically-acclaimed and visually arresting National Geographic Films documentary following rock climber Alex Honnold as he makes a record-breaking attempt to scale El Capitan without the aid of ropes. The film was a box office success and has won numerous awards since its premiere, including the BAFTA.

Another nominee in the Best Documentary category was the hit film 'RBG', which was shot by Claudia Raschke, cinematography instructor for the NYFA Documentary Filmmaking Department.

Netflix, which produced The Ballad of Buster Scruggs and Best Picture nominee Roma, also had a great night with 15 nominations in total, including two nominees in the Documentary Short category--its film Period. End of Sentence. won the Oscar. Roma won Best Foreign Language Film and picked up Best Director and Best Cinematography for Alfonso Cuarón. In his speech, he thanked Netflix COO Ted Sarandos, who spoke with NYFA students last year, for the support he gave to Cuarón’s deeply personal passion project.

The New York Film Academy congratulates all the winners and nominees of the evening and applauds Documentary Filmmaking instructor Bob Eisenhardt for his work on Academy Award winner Free Solo!