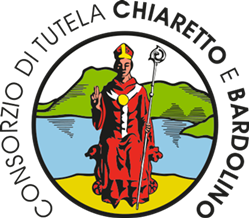 The Consorzio di Tutela Chiaretto e Bardolino, the entity that promotes and protects Chiaretto di Bardolino wines -- a crisp, dry Italian rosé from Lake Garda, in the province of Verona -- has announced a new trade campaign with Colangelo & Partners as its agency of record in the United States. “This campaign is well timed to take advantage of the growth of the rosé category in the US,” said Franco Cristoforetti, President of the Chiaretto di Bardolino Consortium,“especially in light of the continued popularity of Italian wines among American wine drinkers.”

Italy currently leads US wine imports with a retail growth in value by 12.8% as reported by 2020 Nielsen Retail Data and a market share of 32.6%. In 2019, Nielsen reported that rosé outpaced sales of white and red wines, growing at +29% and capturing 3.7% market share. The rosé category growth indicates that there is much more potential for rosé and, specifically, Italian rosé.

Chiaretto represents an opportunity for American importers and distributors who want to offer their retail and restaurant clients (as well as American wine lovers) the chance to enjoy a delicious rosé made from Italian indigenous varieties. Corvina is the primary red grape used for Chiaretto along with Rondinella and Molinara, the same varieties used for the renowned Amarone della Valpolicella. Chiaretto represents a great value alternative to French Rosé wines, recently made even more expensive due to a new round of tariffs.

“Americans love Italian wine and they’re learning to appreciate and enjoy rosé throughout the year,” said Gino Colangelo president of Colangelo & Partners. “We think this is the perfect time to launch this campaign and introduce more American wine trade and wine lovers to Chiaretto, Italy’s favorite rosé.”

About Chiaretto di Bardolino:
Chiaretto (key-ar-et-toh) di Bardolino or Chiaretto, as it is locally known, is a pale rosé produced in Northern Italy, on the shores of Lake Garda, near Verona. Chiaretto is highly appreciated for its crisp and dry personality, its casual look, and informal vibe. According to the tradition, Chiaretto origins go back to the 19th century when Pompeo Molmenti, a lawyer and writer who had a vineyard on Lake Garda, started producing it. In 1968 Bardolino Chiaretto was amongst the first appellations in Italy to be awarded the Doc in recognition of the wine’s historic tradition and quality. Since the 2014 harvest, Chiaretto winemakers have put into effect the “Rosé Revolution”, giving the wine a very pale pink colour and more aromatic and floral notes. Nowadays, Chiaretto is the leader in the Italian rosé sector, with a production of 8.5million bottles per year.
For more information, visit http://www.chiaretto.pink

About Colangelo & Partners:
Colangelo & Partners specializes in premium food, wine and spirits brands, and has long established relationships with the key press that drive these business categories and help determine the industry leaders. Agency principals have years of experience in retail and distribution as well as communications, a rare combination that gives Colangelo & Partners invaluable insights into consumer purchasing behavior. The agency focuses on 'closing the loop' between creative communications programs, distribution, promotion, publicity and the consumer in order to maximize the efficiency of its communications programs and deliver measurable results.http://www.colangelopr.com/