The Constitution Party strongly opposes gun confiscation and thereby cannot support the nomination of William Barr for Attorney General. We urge our members and supporters to contact their respective Senators demanding that they vote against his nomination. 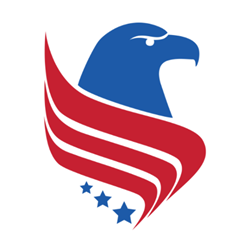 If the President actually takes the action he proposed to take, then he, not the gun owner, would be the law breaker.

The Constitution Party voices its opposition to the nomination of William Barr to the office of Attorney General. Both President Trump and Mr. Barr have shown by their own statements that they favor gun confiscation without the due process of law guaranteed to each citizen by the Fifth Amendment to the U.S. Constitution.

In February 2018, while speaking to a White House Meeting on Community and School Safety President Trump voiced his support for confiscating guns from certain individuals deemed to be dangerous, without due process of law required by the Fifth Amendment to the U.S. Constitution. The President said to take the firearms first, then go to court. His reasoning seems to be that going to court takes a lot of time and, since someone in the government has determined that person to be bad, due process has to wait.

During the first day of the Attorney General Confirmation Hearing on 15 January 2019, nominee William Barr tells Senator Dianne Feinstein that Red Flag Gun Confiscation Laws are the "single most important thing we can do in the gun control area." He has a long history of anti-gun sentiment and is a committed gun confiscation advocate.

President Trump, by his words and actions in regards to gun confiscation, appears to have no understanding whatsoever of the document he took an oath to protect and defend. He apparently has never thought about the fact that his oath of allegiance is to that document that he so casually proposes violating.

Politicians often sit safely behind their walls with their armed guards and their armored limousines and lecture about gun confiscation. President Trump has gone way past the protections of the Second Amendment's statement that the right to keep and bear arms shall not be infringed. He proposes that people deemed by the government to be bad should be denied due process until they go into court and prove their innocence. That would also violate the long respected American tradition of innocent until proven guilty. If the President actually takes the action he proposed to take, then he, not the gun owner, would be the law breaker.

The President should know that the law, especially the Constitution, applies to him as well as everyone else. From the tone of his statement it sounded like he honestly meant well in that he wanted to protect people from mentally unbalanced people who might harm them.

The Constitution Party strongly opposes gun confiscation and thereby cannot support the nomination of William Barr for Attorney General. We urge our members and supporter to contact their respective Senators demanding that they vote against his nomination.

Darrell Castle, on behalf of the Constitution Party

Darrell Castle was the 2016 Constitution Party Presidential Candidate and is the creator of The Castle Report. He is available for interviews. To request an interview, send an email to Karen at commsdirector(at)cpofwa(dot)org.

The Constitution Party is America's fifth largest and fastest growing political party, dedicated to re-establishing America's Constitutional Republic according to the original intent of the framers of the U.S. Constitution. Visit our website at http://www.constitutionparty.com.