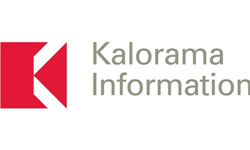 The sudden onset of a disease for which there were no existing test products, so labs had to develop their own, and memories of that should remain.

Lab-developed tests (LDTs) were controversial before the COVID-19 pandemic, and there was attempts at regulating them more in the United States. Then came a massive infectious disease threat for which lab developed tests were essential. Market researcher Kalorama Information believes this will make it more difficult to regulate LDTs.

"The sudden onset of a disease for which there were no existing test products, so labs had to develop their own, and memories of that should remain." said Bruce Carlson, Publisher of Kalorama Information, part of Science and Medicine Group. The company is working on a molecular diagnostics market report. "Lab-developed tests are likely to be at least a fifth of tests conducted for COVID-19."

There has been a running stalemate under the role of laboratory-developed tests, which may or may not change in the wake of COVID-19. Originally, LDTs were designed to be solutions that do not otherwise exist yet on the market. Hence, FDA has not enforced premarket reviews of LDTs. Instead , LDTs are regulated by the Centers for Medicare and Medicaid Services (CMS), where they are categorized as high- complexity tests under the Clinical Laboratory Improvement Amendments of 1988 (CLIA). However, technology advancements have facilitated designing of complex LDTs, with some being similar to IVD tests that have undergone FDA review before entering the market. The majority of LDTs are based on molecular diagnostic technologies such as nucleic acid amplification, array-based hybridization, NGS, and liquid biopsies.

Could COVID-19 break the stalemate towards the side of test innovation and LDT? Lab Developed Tests were critical for the crisis in late march. For instance there were media reports January that SARS-CoV-2 virus had reached the US, lab professionals said they were hesitant to launch LDTs. They were unsure if the agency would practice "enforcement discretion."

One showdown proved ill-timed for the side of stricter FDA regulation of tests. In March 2020, lawmakers introduced a bill that would vastly change the oversight system for diagnostics in this country and give the US Food and Drug Administration explicit authority to regulate tests developed by labs, legislators and media were confused by what seemed to be a reversal of need for more testing. The bipartisan (VALID) Act was designed to streamline regulations and speed access to tests in public health emergencies like the present COVID-19 pandemic.

Opponents argued that in the hands of the FDA, the lab industry would be overburdened with regulation and no longer nimble in the face of advancing science or a sudden public health crisis. While the legislation was not acted on, The American Clinical Laboratory Association, AdvaMedDx and the Biotechnology Innovation Organization urged Congress in a letter Friday to finalize changes to proposed legislation overhauling diagnostics regulation by the end of the year.

Kalorama Information produces 30 reports a year. The firm offers a Knowledge Center, which provides access to all published reports. Their reports can be found at http://www.kaloramainformation.com.