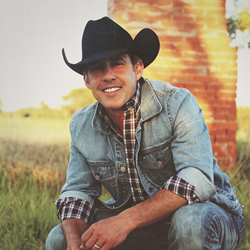 “I’m honored to officially be partnered with the brands Rock & Roll Denim and Panhandle. I built my career on the foundation of being a Texas based family business and aligning with them makes sense on so many levels; from their historic legacy to their love of the western lifestyle and fashion"

The brand Panhandle dates back 75 years when it was formerly referred to as Panhandle Slim. Panhandle is known for their original take on western apparel by adding snaps to their western shirts in the mid-1940’s. Rock & Roll Denim was introduced to the western apparel market 12 years ago and features jeans for both men, women, and kids with designs made to be both fashionable and functional. Westmoor’s brands have been featured in music, rodeo, on TV and the silver screen. Watson joins other iconic stars to have worn the brands such as Brooks & Dunn, the popular 80’s TV show Dallas, and most recently, in the Kevin Costner’s starred show Yellowstone. Rodeo is by far the brand’s best-known audience and worn by past and present rodeo legends such as Lane Frost, Tuff Hedeman, and Tuf Cooper. Westmoor hopes the collaboration with Watson will introduce the brand to new audiences and solidify those who currently are fans of both Watson, Panhandle, and Rock and the Roll Denim brands.

“I’m honored to officially be partnered with the brands Rock & Roll Denim and Panhandle. I built my career on the foundation of being a Texas based family business and aligning with them makes sense on so many levels; from their legacy to their love of the western lifestyle and fashion to the way that they run their business. The jeans and apparel are top notch in my book.”

Aaron Watson continues to be “one of country music’s biggest DIY success stories. Watson’s brand-new project “Whisper my Name” is a fun and free-feeling song that captures tones of both classic and modern country all rolled into one. Similar songs with a Texas twist are featured on Watson’s latest album Red Bandana. Watson’s previous studio album, Vaquero, launched into the Top 10 on the Billboard 200 Albums chart with his biggest career sales debut to date, and at #2 on the Top Country Albums chart. Texas Monthly, Billboard, Rolling Stone Country, Noisy, CMT, The Boot and more have all featured Watson’s music. His album, The Underdog, debuted at #1 on the Billboard Top Country Albums chart, making him the first-ever independent, male country artist to debut in the coveted top spot.

Jamison Hochster, one of the owners of Rock & Roll Denim and Panhandle Western Wear stated “We couldn’t be more excited to bring Aaron Watson into the Panhandle Western Wear and Rock and Roll Denim family. Aaron embodies so much of what our company is about. His music and talents resonate with so many because his brand is about hard work, authenticity, independence and tradition…all core principals of our company. We couldn’t be more excited to have Aaron wearing our products and collaborating with us as we celebrate 75 years in business.”

Panhandle, and Rock and the Roll Denim brands can be found online and in western apparel stores across North America. Watson is making his way back out on the road and his tour schedule is frequently updated on his website.

For more information on this please reach out to:
Matt Cosby
Head of Marketing for Westmoor Manufacturing