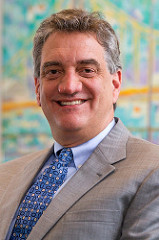 Elliot Dinkin, CEO of Cowden Associates, discusses the significance of the PAID program and its impact on employers.

“On the one hand, it frees employers from penalties and the costs of litigation. On the other, it requires employers to make very prompt restitution of back wages.”

In March of this year, the Wage and Hour Division of the U.S. Department of Labor announced a new pilot program, the Payroll Audit Independent Determination Program (PAID), designed to expedite resolution of overtime and minimum wage violations under the Fair Labor Standards Act (FLSA). The PAID program facilitates resolution of wage violations without litigation; under the program, the Wage and Hour Division assesses the amount of wages due and facilitates their payment to employees.1 “So far,” says Cowden Associates President and CEO Elliot Dinkin, “the program seems to be doing what it was intended to do.” Dinkin, a nationally known expert in actuarial, compensation, and employee benefits issues, adds, “On the one hand, it frees employers from penalties and the costs of litigation. On the other, it requires employers to make very prompt restitution of back wages.”

To take advantage of the PAID program, an employer must complete a self-audit of its compensation practices and provide the Labor Department with:

An expedited process with a release of legal claim can, Dinkin notes, have advantages for both employers and employees. This is particularly true for certain industries that have complex compensation arrangements such as the restaurant industry. For example, a recent joint settlement was reached with employees covering lost wages, unpaid overtime, damages, and all attorney’s fees—after two years of litigation.3 “Under PAID,” Dinkin points out, “restoration of lost wages is required to be made by the next pay period following settlement.”

Initial reaction to the PAID program was mixed. One commentator in Washington hailed it as “a win for employers, a win for employees, and a win for taxpayers.”4 In a letter to Labor Secretary Alexander Acosta, however, Senator Elizabeth Warren of Massachusetts and several colleagues said, “Letting violators off the hook for wage theft penalties tilts the economic playing field even further against workers.”5

Dinkin, dissents noting that it is purely the employees’ choice whether to accept the payment of back wages due, and that in doing so the employee does not, in fact, grant a broad release of all potential claims under the FLSA. “The PAID program,” says Dinkin, “should be evaluated like any other option: are the benefits greater than the risks? It may prove to be an effective approach to correcting an FLSA defect for overtime and/or minimum wage violations. Meanwhile, we encourage employers to continue to evaluate their pay programs to ensure compliance with a variety of federal and state regulations, including internal and external pay equity.”