Professional Photographers of America and others to present testimony on importance of improving U.S. copyright law. 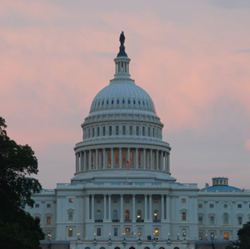 This will be a fun and entertaining way for House members to...really get to know and understand the issues important to our members.

The Creative Rights Caucus has announced a “lunch and learn” event to be held in D.C. on Wednesday, December 7th, 2016 at 12pm. “The Art of Photography: Behind the Lens” will be a chance for House members to gather and learn about the importance of modernizing and strenghtening copyright protection for small business creators. Creative Rights Caucus co-chairs, Representatives Judy Chu and Doug Collins, will present panelists giving their stories of how they established themselves, their current challenges with infringement and the lack of remedy for photographers who are infringed upon, highlighting the need for a small claims process within the current U.S. copyright system.

The panel will be moderated by PPA CEO, David Trust, and will include:

Lunch will be included at the start of the event, and at the end, the professional panelists will help House members discover how to take the “perfect selfie”. “This will be a fun and entertaining way for House members to interact with our panelists and really get to know and understand the issues important to our members,” says David Trust, PPA’s CEO. "Photographers and other visual artists have always been treated inequitably under the current copyright system. Passing a small claims bill is our number one priority on The Hill. The creation of a small claims process would transform the copyright landscape for every professional photographer across America.”