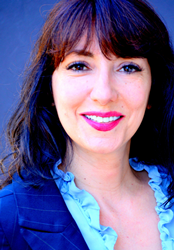 Dr. Luciana Lagana, California State University Northridge (CSUN) full professor of psychology, clinical psychologist, and social impact filmmaker is looking forward to continuing her research on the pain and suffering of older women from diverse ethnic backgrounds. The year 2020 marks the first of 4 years of the continuation research grant that her laboratory has received from the National Institutes of Health (NIH) Support of Competitive Research Program. In the past few years, Dr. Lagana worked on collecting and analyzing quantitative pain data; this continuation grant involves studying pain context factors both qualitatively and quantitatively. Moreover, she has a second line of research, which involves conducting randomized controlled trials using original feature documentaries that Dr. Lagana has directed and produced in order to examine ways in which to help discriminated minorities. Her experiments in this research field involve testing whether watching her social impact films could improve empathy and decrease biases often held against minorities of several kinds.

Dr. Lagana’s latest grant on pain in older age will address many issues of critical importance to achieving a more in-depth understanding of the pain experience and pain management of different ethnic groups of older women. This continuation grant will go beyond the simple quantification of pain in terms of its intensity, which is a shortcoming of most of the published pain research. With the help of her research team, Dr. Lagana will identify pain profiles among older women; this information could help answer research questions not yet answered in the literature -- for instance, whether older women’s pain experience and pain management differ by ethnicity and are related to pain-relevant cognitive and psychopathological factors. Once the findings of this research will be made public, their application could be utilized to decrease pain symptomatology and could reveal time-saving ways to conceptualize and assess geriatric pain in a more in-depth and culturally sensitive fashion. For example, healthcare providers working in medical settings could use this knowledge to minimize pain under-treatment or risky over-treatment. Prof. Lagana is looking forward to contributing to the current body of research about pain in older age.

Dr. Luciana Lagana has multiple doctoral and post-doctoral degrees and specializations in experimental and clinical psychology. For over 20 years, she has been an established full-time CSUN professor of Psychology, Women's Health, Gerontology, and Sexuality. She enthusiastically teaches classes and mentors many undergraduate and graduate students from several CSUN departments. Moreover, since 2002, she has been conducting NIH-funded research on ethnically diverse, mainly low-income older women's physical, psychological, social, and sexual health. Dr. Lagana has accumulated 46 peer-reviewed publications and has delivered over 120 conference presentations. She won the 2017 CSUN Exceptional Creative Accomplishments Faculty Award for her anti-bias feature films and shows, as well as the 2011 Preeminent Scholarly Publications Faculty Award and the 2008 Visionary Community Service Learning Faculty Award. Concerning her artistic pursuits, she was a child performer (singing, dancing, acting, and modeling) and was part of a touring theatrical company in her late teens in Italy. She also studied acting, hosting, and filmmaking in Los Angeles where, after studying film production at CSUN in 2013 under the mentorship of Prof. Nate Thomas (the Director of the Film Production Option in the CSUN Department of Cinema and Television Arts), she started creating, directing, and producing several social impact films and series. She is an actor/host/screenwriter/director/producer with over 30 film festivals' wins listed on IMDb and more than 50 IMDb credits for hosting or acting in films, TV shows, and web series.