Cultural Institutions Support a National Mobilization on Climate and Recovery 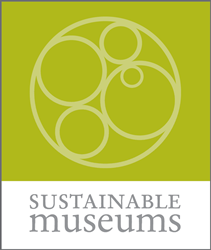 These cultural institutions are advancing local, regional and national climate action through public engagement, research and innovation, and their own carbon reduction commitments.

As the World recognizes the 5th anniversary of the Paris Agreement, Sustainable Museums celebrates the commitment of museums, zoos and aquariums, public gardens and historic sites that have stepped up to advance climate action all around the United States. These cultural institutions are taking local, regional and national climate action through public engagement, research and innovation, and their own carbon reduction commitments. More of these institutions and their peers are preparing to do this work in partnership with a new Administration, and along shared goals – goals that benefit everyone, not just the few.

In 2017, when the President announced his intention to withdraw the nation from the Paris Agreement, it seemed to Sarah Sutton that those cultural institutions who really cared about this work - creating a just, healthy, safe future - would keep doing it anyway. They did. These loved, trusted, necessary organizations have engaged the public and their communities in climate learning and action, have increased energy efficiency, begun purchasing and generating clean energy, and have researched waste-management and energy generation innovations. Many of them did so as part of We Are Still In, the broad coalition of nearly 4,000 actors established in support of the Paris Agreement, and many alongside it.

December 12 marks the five-year anniversary of the Paris Agreement, and a critical turning point for the future of U.S. climate action. While the world reflects on the progress made since 2015 contrasted with the increasingly-dire evidence of climate impacts, the Biden-Harris Administration prepares to lead. An important component of that planning must be full engagement of cities, states, businesses, colleges and universities, cultural institutions and other key partners in the coalition effort to tackle the climate crisis. Climate action is no longer primarily the domain of scientists or policy experts. The path forward engages other leaders and impacted communities, as well; the cultural sector is an excellent partner for this work.

Sustainable Museums is grateful for the examples set by these institutions. With the shift that is the Biden-Harris Administration, cultural institutions are ready to increase their engagement through expanded partnerships, and are signaling their interest by supporting the new declaration hosted by We Are Still In on the anniversary of the Paris Agreement. http://www.wearestillin.org

You’ll find them there, and everywhere you look for sensible community climate solutions.