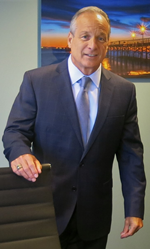 "The County of Los Angeles agreed to pay the family $1,500,000 to settle the case before proceeding to trial"

Alex Galindo on behalf of the family members of decedent, Tony Evans, filed a wrongful death lawsuit against the Los Angeles County Sheriff's Department and its employees. The case was filed with the USDC Central District of California Case No.:2:19-cv-00793 and is known as Evans v County of Los Angeles.

Court records show that the lawsuit was originally filed on February 1, 2019. The complaint alleges a 14th amendment failure to protect claim under the U.S. Constitution and 42 USC section 1983 as well as state claims for wrongful death.

Court records allege that on January 17, 2018, Tony Joseph Evans, Sr. (“Evans”) and Franklin Reveter (Reveter) were in the custody of the Los Angeles County Sheriff (LASD) at the Inmate Reception Center which is the control center where incoming male arrestees are processed and assigned out to a housing location maintained by LASD. That evening, the court records allege, that Evans and Reveter had a verbal altercation while sitting in the Clinic Waiting Area (the “Clinic”) of the IRC.

Court records allege that Reveter and Evans became involved in a physical altercation which was captured on video security cameras.

Court records allege that Evans was thereafter transported to a local hospital, where he remained for two months while he underwent numerous surgeries and procedures to address his injuries. Evans was then transferred to a skilled nursing facility where he eventually died on August 15, 2018.

Court records show that after the court denied the County's motion for summary judgment a settlement was reached whereby the County of Los Angeles agreed to pay the family $1,500,000 to settle the case before proceeding to trial.

Mr. Evans is survived by his three adult sons who have brought the claim.

Mr. Galindo is a founding member of Curd, Galindo & Smith, LLP which is a law firm that represents both corporate and professional clients and those who have been seriously injured or have lost a family member due to an accident, defective product, police misconduct or negligence. The law firm has recovered millions of dollars for its thousands of clients since 1995 by winning complex and challenging business disputes, death and injury cases involving police misconduct, traffic collisions, work place injuries and defective products, including defective automobiles, against some of the world's largest companies and governmental agencies.

Mr. Galindo received his business degree from University of Southern California in 1982 and his law degree in 1985 from the University of Oklahoma. Mr. Galindo has been a lawyer and real estate broker for over 25 years. He has won numerous jury verdicts and settlements in the area of personal injury, products liability and civil rights/police misconduct cases. Mr. Galindo is a member of ABOTA which is an organization of attorneys representing both plaintiffs and defendants in civil cases. All of the attorneys who belong to ABOTA have earned great distinction at trial. Mr. Galindo is a member of Los Angeles County Bar Association, Million Dollar Advocates Forum, Consumer Attorneys of California, Consumer Attorneys of Los Angeles, NPAP (National Police Accountability Project), National Lawyers Guild, National Association of Realtors and California Association of Realtors.