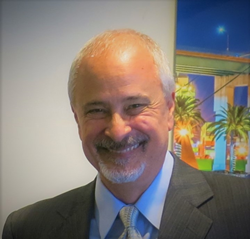 The complaint alleges that Howard’s contracted with New Leaf to implement, maintain, and administer service contracts in the form of warranties for products sold to Howard’s customers from January 2016 through December 2020. As the warranty provider, New Leaf would be responsible for investigating, processing, adjusting, and paying valid claims covered by the Service Contracts.

The Complaint alleges, the essence of the contract with New Leaf was to allow Howard’s customers to buy with confidence and to protect them in the event of appliance failure. The Complaint alleges that Howard’s terminated the contract with New Leaf due to poor performance and poor customer service, and that New Leaf antagonized Howard’s customers by refusing to live up to their obligations under the warranties.

Joseph Curd is a founding member of Curd, Galindo & Smith, LLP, a full-service law firm that represents both corporate and professional clients as well as consumers. The law firm has recovered millions of dollars for its thousands of clients since 1995 by winning complex and challenging business disputes, cases for consumers including death and injury cases involving police misconduct, workplace injuries, and defective products, against some of the world’s largest companies and governmental agencies.